In today’s edition of The Eastern Shore Artists Corner, we sat down with Steve Shreve from Jerk Pony to learn a little more about his eclectic creations.

Steve Shreve, originally hailing from Western MD, has been into art his whole life. He also loved tinkering with street rods. Bikes, of any sort, have always been a passion of his: bicycles, BMX bikes, sport bikes, you name it! After high school, he was offered a partial scholarship to attend art school. After much deliberation, he decided that just wasn’t his cup of tea. Steve wasn’t into digital design, but creations he could make with his hands. Much to the dismay of his parents, he turned down the scholarship and decided to skip college altogether.

Fast forward a few years and Steve found himself down here, on the good old Eastern Shore, running a surf shop. It was here that he made friends with a man that had a ton of connections and he asked Steve if he’d ever considered entering the sportbike world. Steve entered the sportbike realm and a few years later, Steve found himself riding sportbikes professionally. After 5 years, one day he had the realization of, “what am I gonna do when I’m done?” He started building custom bikes. Steve liked “the creativeness of building bikes.” After a sponsor of his had harassed him for years to come work with him at a national muffler and brake chain, Steve finally gave in and moved to PA. He was working crazy hours. After all was said and done, Steve said, “there was a void.”

Soon afterwards, Steve’s boss called him into his office. He wanted to offer him a huge promotion. Steve declined and asked to be transferred to a location in Ocean City. He thought living at the beach would be the change of pace he needed. Instead, he just continued to work more crazy hours. One day, Steve woke up and decided he wanted more out of life, so he quit. Just like that. He started doing some business consulting for a few friends on the side and he started tinkering with his art again.

One night, Steve was sitting in OC Wasabi and he was looking at all the art on the walls. He called the owner over and asked how he could get his art on the wall of the restaurant. The owner said, “bring me some work and we’ll talk.” Steve immediately went home and started building with metal and reclaimed wood. The guys at OC Wasabi loved his work. In fact, they loved some of it so much, it never even made it to the walls of the restaurant; they kept some of the pieces for themselves and commissioned several more pieces. Steve told us that he owed a lot of his success to OC Wasabi and, this past summer alone, he sold 10 pieces just from the artwork hanging in the restaurant.

Steve couldn’t say enough good things about the local business owners and the outpouring of support they’ve shown. He said, “I am crazy blessed that the pillars of town have been so supporting. It’s almost overwhelming!” Angela Houck, owner of Pure Power Studio in West Ocean City, commissioned several of Steve’s pieces for her house and a few more for the studio. If you visit Bomshell Boutique in West Ocean City, you’ll see more of Steve’s handiwork as he built much of the shop for owner, Gina March: the barn doors, shelving, etc. The same holds true for Urban Nectar in Berlin, MD. Steve did the flooring, shelving, and just about everything structural in the store for owner Shenandoah Etuc.

When we asked Steve exactly what his specialty was he said, “I don’t try to limit myself. I can make just about anything out of metal and wood.” He wasn’t exaggerating either. You have to check out the picture he recently posted on his Facebook page of an acid-washed metal facade he added to an otherwise uninspiring staircase. While Steve enjoys building things out of metal and wood, he also loves to paint. Most of the painted work displayed on his Facebook page was created on metal.

Now, the question you’ve all been asking: where on Earth did the name “Jerk Pony” come from? Well, when trying to decide what to call his new business Steve thought to himself, “Last name? Something edgy or catchy like my motorcycle business?” Then, one night while laying in bed he was watching a cop movie where the main character said, “yeah, I remember that. Remember the time he got a pony for us? Yeah, I remember that pony! Tried to bite my ear! That Jerk Pony!” And the rest, as they say, is history.

Steve also wanted to make sure we mentioned that he would not be where he is today without the love and support of his family: his parents, his fiancé Brandi, and his daughter, Morgan. We can’t wait to see Steve’s next creation. 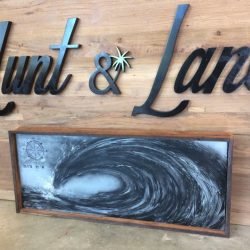 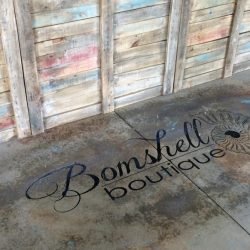 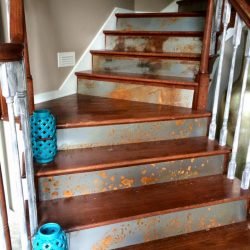 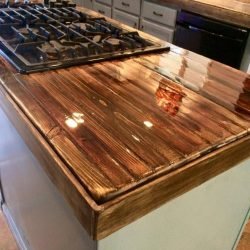 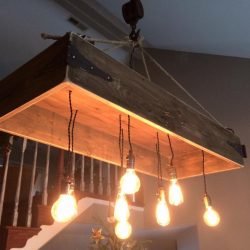 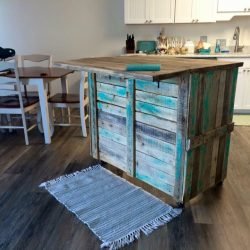 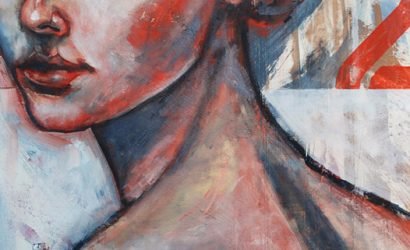 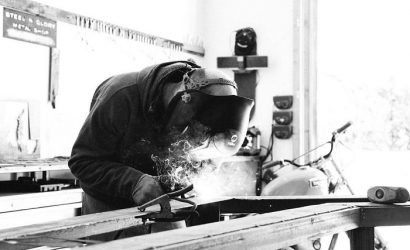