Lawn Walker is a Lewes, DE native who now resides in Milford, DE with her husband and son. Lawn Walker may not be a name that you are familiar with on the artist’s circuit, but we can assure you that she is well on her way. Walker originally began her post-high school career at Wesley College as a Psychology major. One day, a friend asked Walker if she would accompany her to the Art Institute of Philadelphia so that she could complete her application and interview process. While Walker’s friend was in the interview, Walker perused the main lobby of AIPH, which serves as an art gallery for student work. After a short bit of time touring the gallery and the halls of AIPH, Walker very politely interrupted her friend’s interview to announce that she, also, needed an application because she would soon be moving to Philadelphia to attend the school.

After a couple of years, Walker graduated from AIPH with a degree in Graphic Design. Following graduation, Walker immediately began working for an advertising agency in the print department. While she was absolutely grateful for the opportunity to work right out of school, she found that she had a creative void to fill and began spending her evenings creating her own art. After working in Philadelphia for several years and for several advertising agencies, Walker was recruited to work in London for 6 months. Upon returning home from her time in London, she actually experienced reverse home sickness for the lovely British city on the other side of the pond. When time allows, Walker will hop a flight over to London to reunite with a city that she fell in love with in such a short amount of time.

Knowing that the US was the best choice for residence at the time, Walker returned home to Philly and began working for a new advertising agency. For several years, Walker was in high demand and she didn’t mind it a bit! After many invitations to work for competing agencies and considerable salary increases, everything was really lining up for Walker, professionally. That is until the agency she was working for moved their office out of the city and the dreaded commute began. After a few months, Walker was invited to visit a friend in California and check out the job opportunities. Since graduating from AIPH, she also invested time at the University of Delaware learning computer programming, so she had another asset up her employment sleeve. So, Walker did what any artist with a dream would do. She packed her bags, quit her job and moved to Santa Monica to search for a job in Motion Design for the film industry.

Essentially, Motion Design is a discipline that applies graphic design to filmmaking and video production through the use of animation and visual effects.* Upon landing in sunny California, Walker began applying for jobs at studios like Blind, Riot and Motion Theory. Then, the devastating events of September 11, 2001 happened and the studios instantly went into a hiring freeze for fear of the unknown future. Walker was feeling a little deflated but was encouraged to keep trying and to not give up on the reason she moved to California. But, after 8 months of paying an exorbitant rent without consistent work, Walker decided that it would be best to move back to the east coast. Not feeling too pleased with her decision, she just knew that the timing of everything wasn’t right and that eventually things would work out… and boy, did they!

Fast forward one year later after assessing her options, Walker began working again and purchased a home in Milford. Some of the notable companies that Walker worked for are the Cape Gazette, Astra Zeneca, and Trinity Transport, just to name a few. And then, the most amazing thing happened. Walker and her husband learned that they were pregnant! After their son’s birth, they were fortunate enough that Walker could stay home with the baby and that’s where her creative juices began flowing again.  Most of Walker’s work is with oils with a focus on abstract expression, urban street art, figures, and sea life. She prefers to use wood as her base over a traditional canvas. Walker has the occasional tendency to fall out of love with her work and with a wooden base, she can simply sand over what she’s done and start again. Her true inspiration comes from layered graffiti where the older graffiti begins to bleed through to the newer tag on a wall. She would spend most of her free time in London actually photographing layered graffiti around the city because she was so drawn to the layering effect that it produced.

Walker’s work is occasionally on display throughout Delaware and sometimes featured in exhibits in other states. For now, the best way to learn about Lawn Walker’s work is to visit her website and Facebook page, where she often posts about art auctions and exhibits where her work will be featured. 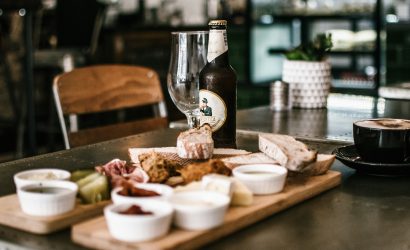 12 Days of Dining in Southern Delaware 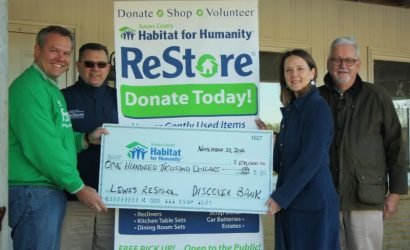 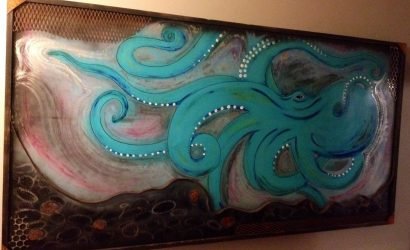