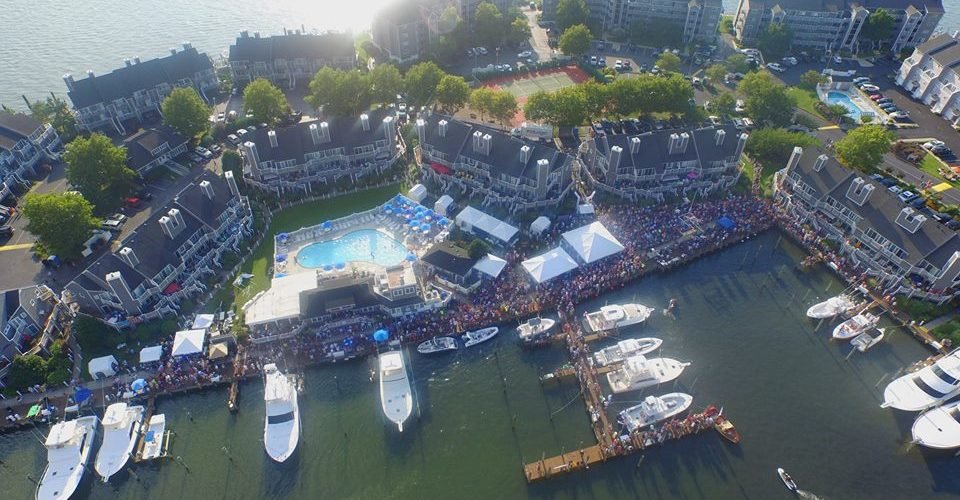 What started as a bit of fishing fun for some in 1974 has since turned into Ocean City’s premier summer event where thousands of people from anglers to spectators come out to participate and watch.  After 44 years, the White Marlin Open is now considered the world’s largest billfish tournament in the world-bringing in over 1300 white marlin during last year’s event alone!

On August 7th -11th join in on this ongoing tradition at Harbour Island (14th Street and the Bay) along with over 2,000 expected participants, their families, and tens of thousands of spectators. Even if you are not able to fish the White Marlin Open, you can still have a wonderful time by coming to the daily weigh-ins! The scales open at 4 and they close at 9 so come enjoy the festivities and camaraderie.

A massive jumbotron has even been incorporated into this event due to the outlandishly large crowd that it attracts and for those unable to attend the event at all, don’t fret, it will be streaming live right on the website! This is a great opportunity to see some of the biggest, best, smallest, and prettiest boats as they come in to weigh their catches.

Anglers on the other hand must transport their fish to the official scale on the Island each day from 4:00 to 9:15 p.m. which is open to the public free of charge. As the week goes on the suspense builds while potential lottery sized fortunes change hands with the tip of the scale. It is truly a unique experience that can only be had on the Eastern Shore.

To enter you must either: (a) officially register a boat, and/or (b) be registered as an angler on an officially registered boat prior to fishing. Boats can leave the inlet of their choice no earlier than 4:00 a.m. and must stop fishing by 3:30 p.m. If there is still a fish on the line at that time it may be played until lost, boated, or released.

Boats will generally fish from 2-4 hours off shore therefore generating the heaviest activity from 5:30 p.m. to 7:30 p.m. Then the angler has until Saturday, Aug. 13 at exactly 12:15 a.m. to bring the fish to the scale.

There is no parking available at Harbour Island however there is plenty just a few blocks away at The Presbyterian Church on 14th Street and Holy Savior Church on 17th Street. There will also be a “Park and Ride Shuttle Service” offered from the Convention Center parking lot. 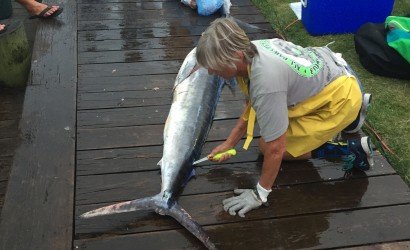 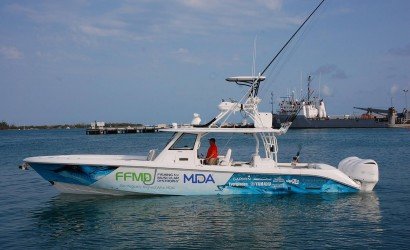 White Marlin Open: Fishing for a Cause 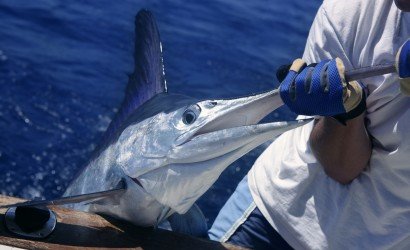 Adventures on the Sea Rocket