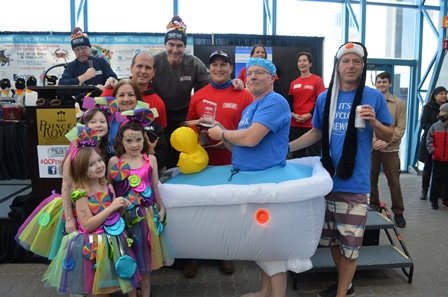 With a forecast of freezing cold temperatures on New Years’ Day, AGH associates, volunteers, and participants were not sure what to expect for the 2018 Penguin Swim. However, the event proved to be successful yet again, with the participation of more than 400 penguins.

“This was by far the coldest weather in the 24-year history of our Annual Penguin Swim,” said Michael Franklin, president and CEO of Atlantic General Hospital, and also an annual participant. “It’s a great event that brings together our community and visitors to have fun doing something a little silly and unique, as well as help one of the most important assets in our community.”

With a temperature below freezing and a wind-chill that made it feel as though it was six degrees on the beach, unique is definitely one way to describe this year’s swim.

The success of the event is due, in great part, to Penguin Swim co-chairs Michael Cylc and Phillip Cheung, who devoted a great deal of their time and energy leading up to New Year’s Day. The support of the communities and resort visitors Atlantic General Hospital serves, as well as the many volunteers and AGH/HS associates, also played a large role in the event’s success, despite the frigid temperatures.

This year’s crowd not only braved the cold, but did it decked out in costumes as though it were a 70-degree, summer day. Not all arrived as penguins; an octopus, an assortment of superheroes, mermaids, Fred Flintstone, and many others were also present.

The 2018 Penguin Swim has raised a gross amount of $98,000 for the not-for-profit hospital, but that number may increase as final donations make their way to the AGH Foundation. Additionally, more than $20,000 worth of in-kind goods and services contributed to the event’s success.

The notables from the event:

*The Ravens Roost team has contributed more than $95,000 to the AGH Penguin Swim over the last ten years.

*Craig Kettler and family have contributed more than $35,000 to the AGH Penguin Swim since 2010.

Prizes were also awarded for the youngest and oldest swimmers: 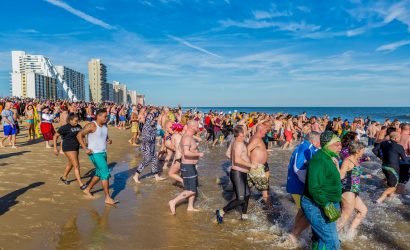 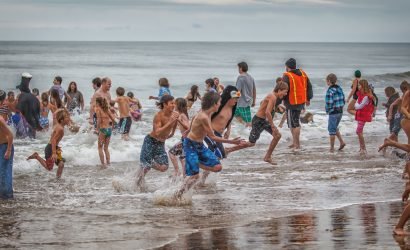 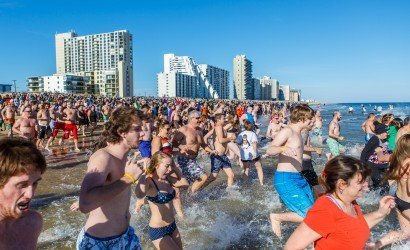