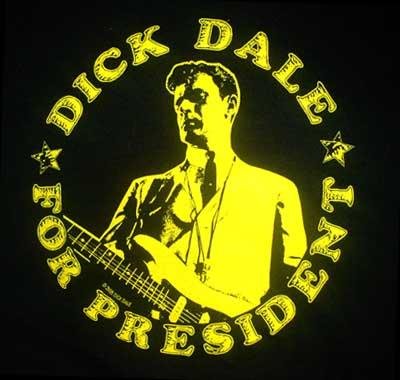 Looking for something to do this weekend? We’ve got you covered. Shorebread is serving up a weekly slice of all the must-know events to add to your social calendar! Here’s the latest happenings and events in our area, Socially Speaking.
We’re keeping things mellow over the weekend and gearing up for something phenomenal midweek.  The area is brimming with art, live jams, brews, and great food this week.  Read on for additional details…

Playing in city central on the Plaza Stage will be J. Guy and Grateful Floyd, a group of local guys that create folky jam music. The event is free to attend, which leaves no excuses for not hanging out and having a good time with friends and family.

This will be the last outdoor 3rd Friday of the season. During the cooler seasons, the monthly festival moves inside. Celebrate the creative culture that resides on the Eastern Shore of Maryland at Salisbury’s 3rd Friday this week.

If you’re in the Ocean City area, you need to stop by Micky Fins. It seems as though Ocean City is the place to be for delicious dinner specials and live entertainment throughout October. Why? Because Micky Fins is celebrating "Restaurant Month." For the rest of October, Micky Fins is offering delectable dinner specials. Enjoy the 2 for $20 dinner deal Monday through Thursday or come back on Friday or Saturday for live entertainment. The closing party takes place next weekend, so be sure to get one last meal at Micky Fins before it’s too late.

On Friday, October 21st, Darin Engh will take the stage at Micky Fins. Engh is the front man and lead vocalist of local OC band, Opposite Directions. From 4 – 7 pm, Engh will make your ears happy with his mellow acoustic rock and soulful vocals. On Saturday, October 22nd, Blake Haley will play live progressive rock up front and center from 4 – 7 pm. Both artists cover a range of musical styles to please many personalities.

Have Saturday night fever? Phil Knight and Galaxy Collective are just what the doctor ordered. Knight, Otto, Sage, and Matt know how to break it down. The band will be playing at the 28th Street Pit-n-Pub on Saturday, October 22nd. Show starts at 10 pm. Get there early, or get there late, just get ready for some funky tunes by purchasing a beer in a mason jar at Pit-n-Pub.

West Ocean City will be listening as the ‘King of Surf Guitar’, Dick Dale, plays his Stratocaster on the Trader Lee’s stage on Wednesday.  Dale is known as the man who invented surf music in the 1950’s and carried it into the ‘60’s. In 1963 Dale performed for a crowd of over four thousand screaming young fans in the Rendezvous Ballroom on the Balboa Peninsula in Balboa, CA. Following, he became the first ever rock guitarist to perform in the Ed Sullivan Show, leading to a lifelong career of playing live gigs around the world. Now, he’s in Ocean City. Think Trader Lee’s can top that?

Several months ago, the owner of Trader Lee’s Bar, on the corner of Routes 611 and 50 in West Ocean City, contacted Dale about booking a show. Since then, Dick and his 19-year-old son, Jimmy, have toured the United States. This Ocean City show will be their 22nd stop on a tour of 24 stops consecutively.

In the ‘60’s Dale was blowing up amplifiers, getting bigger ones, stinging his left-handed guitar upside down, and inventing his own reverb units. After battling cancer in 2008, Dale is healthy and back in the guitar-ripping scene. At the age of 74, the California resident is still playing heavy, percussive rock music and living the surf lifestyle. Rumor has it that Dale still uses the same 100-watt guitar amp from 1965 and his original reverb unit when he tours.

Come to Trader Lee’s on Wednesday, October 26th to check out this surf rock legend.  You can save your spot at the show by stopping by Trader Lee’s in advance and adding your name to the quickly growing admittance list or by calling 410-213-2000. Tickets are $50 in advance, or $50 at the door.  The show is from 6:30 – 11 pm. Your best bet is to play it safe, hand them fifty bucks, etch your name on the Trader Lee’s list, and get ready for a great show on the 26th.

Next, we’re gearing up for Halloween fun for next weekend! Keep checking back for updates in the social scene.