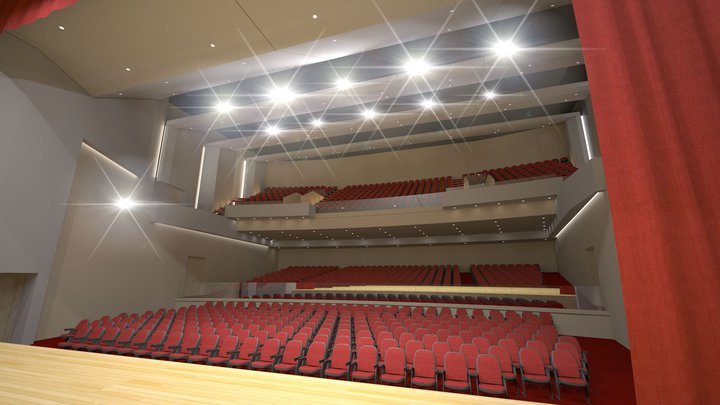 The proposed Phase II expansion to the Roland E. Powell
Convention Center in Ocean City was met with an overwhelming sense of support
from the local business community, and as it turns out, the Ocean City Council
as well, who approved the expansion 7-0 at Monday’s City Council meeting.

The Performing Arts Center will be the first of its kind in
Ocean City, and the plans indicate the space will meet and likely exceed
expectations.  From the
multi-tiered graduated levels, to the proposed corporate boxes, the new
facility really ups the ante for performance spaces in the entire area.

Aside from its aesthetic appeal, the feeling is that this
new space, in conjunction with the already in-progress Phase I of the
expansion, a bayfront ballroom that capitalizes on the gorgeous bayfront
view, could really help grow the shoulder seasons which have diminished since
the housing market burst.

Prior to the first convention center expansion opening in 1997,
Ocean City was really still a Memorial Day to Labor Day town.  The additional space brought large
groups to the area, populated the hotels, and brought revenue to the businesses
well past the previous deadline for income.

The new design will retain all of the current exhibition
space, plus add the 1200 seat venue—at a cost of approximately 14 million
dollars, 75% of that fee will be acquired through the food and beverage tax,
the remaining 25% will come from the Maryland Stadium Authority—who has been
the town’s partner since the first expansion.

As far as what to expect in terms of performances to be held in the space, it really facilities a growing need in three distinct
areas.  Large groups that hold
events at the Convention Center for meetings need a formal assembly area for
opening and closing sessions.
Competitive arts groups such as the cheerleaders and various dance
groups need a theatrical space for their competitions.  And lastly, the community needs a venue
to house arts and entertainment performances to not only extend the stay of
visitors, but to make these types of cultural experiences available for the
local population to enjoy.

Examples of potential performances that could be accommodated by the
new venue include broadway performances like Cats, Les Miserables, or Shrek the Musical, national recording artists, notable speakers, interactive group experiences, and symphony orchestras.

Local groups will also benefit from the venue.  Both the Mid-Atlantic Symphony
Orchestra and the Ocean Pines Players have no set “home.”  Areas schools will be able to attend
performances, as well as potentially use the venue for their own needs.

For the resort community, the Performing Arts Center will
not only increase revenue as a whole, it also allows Ocean City to be on par
with other east coast resort areas who already offer venues for national music
acts and cultural performances.

The Phase II expansion will break ground as soon as Phase I
is completed, in 2012.  The
expectation is that the Performing Arts Center will be up and running in 2014.

Hiking through the Nanticoke’s Home