I know I promised you all just a couple of weeks ago that I would remain cognizant of time sensitive material—particularly where it pertains to holidays. Well as it turns out, I may have fibbed just a little. Not intentionally though. Last week, I posted an Easter story and wrote about one of my holiday memories. It may have conjured up some disturbing images for some of you and potentially tainted a specific traditional piece of holiday apparatus. Anyway, as always, I wish I could say that story was made up, but it really happened exactly as I had described it. The problem is that I wrote that piece before Easter Sunday, not expecting one of my children to inspire this week’s column.

While driving in my legendary minivan en route to a wonderful Easter dinner at my in-law’s house last Sunday, I had a lengthy conversation with my seven-year-old daughter that got me thinking and inspired what you are about to read. I’ll save the actual conversation for the end thanks to reasons you will soon understand.

The thought she invoked in me is how commercialized and distorted many holidays—specifically religiously based holidays—have become, causing their true meaning to be lost. The bizarre evolution of various holiday traditions and their symbols have inadvertently swept under the proverbial rug the reasons we celebrated certain days to begin with.  I’ll site examples as we go, but this concept bothered me a little. Well, maybe bothered is too strong a word for I am as guilty as anyone of enjoying many of these modern day holiday traditions and icons. And few things make me happier than watching my children enjoy them as well.

It’s no great secret that I neither subscribe to, nor am I a huge proponent of any organized religion. Calm down, it doesn’t make me a heathen, or an Atheist or any other derogatory theological moniker. I’m certainly by no means a Devil worshiper; in fact, the only thing that I worship is my family. Though the rate at which I’ve been making babies the past few years may lead some to believe that I’m retracing my Catholic roots. I have very deep convictions, and I have many spiritual and even religious beliefs. But being inquisitive by nature, I simply like to absorb them in a less cult-like atmosphere. I don’t dismiss certain events, concepts, or figures; it’s just that sometimes I require a little more logic or scientific proof. Don’t judge me, at least not until you’ve read this all the way through. We’re about to get to the whole point of the column.

All of that said, what you are about to read may seem hypocritical considering the source. Be it right or wrong, I’m raising my children to think for themselves, and form their own beliefs as they grow up. I want them to form their own thoughts and concepts based on what they learn and how they feel, and not based on something that I verbally pound into them. But…I am adamant, to a point, about at least explaining the true meanings of these holidays, how they came to be, and why we celebrate them. Yeah, I know this all sounds a little oxymoronic coming from me, but I told you, I’m not COMPLETELY a religious pariah. I want them to understand that before all of the modern day hype and symbolism that these days once were based on significant events. I at least try to explain them to the best of my ability.

Let’s start with the big one—Christmas. I want my kids to know that long before it was symbolized by a fat guy in a red suit pulling off 7 billion counts of felony B and E in one night annually, that there was some significance to this date. I want them to understand that long before we put up a tree, hung stockings, swapped gifts, ate candy canes, and drank eggnog, that this holiday was to celebrate the birth of Christ. Somehow over the generations, the day’s meaning has morphed into reindeer, elves, and inverted cone shaped evergreen trees decorated with ornaments. I don’t hold any degrees in horticulture, botany, or Theology, but I’m reasonably certain that the blue spruce, and Scotch pine were not indigenous foliage in Bethlehem on December 25, 0000. But good or bad, all of these symbols and icons have come to represent a holiday that I want my children to understand as well as enjoy.

There are some lesser holidays that were once based upon religion but have been somewhat distorted over time. I don’t necessarily feel compelled to research and explain all of them to my ever-growing tribe of offspring. I’m just using them as examples of how things evolve into the celebrations we know.

“Saint” Valentine’s Day is another. This one has evolved to the point that we’ve even dropped the word Saint from it. Truth be told, I really don’t know anything about how this came to be a holiday, I just figured that with Saint in front of it, there had to be some religious significance at one time. I could have done some research, but that’s something only legitimate writers do. What I do know is that at some point, our friends in the candy making and greeting card industries hitched their wagons to this day. And once the rose growers got on board, we had a genuine holiday. I for one don’t require a designated day of the year to express my love, affection, and romanticisms to my wife. I do this the other 364 days. And I can say with conviction that none of my three children, nor the one the stork will deliver in June, were conceived on February 14th. Though being a restaurant guy, I’ve come to embrace this holiday since it is one of my busiest days of the year. Cha-ching!

“Saint” Patrick’s Day—my thanks to the Irish for leaving the word saint in this holiday. I’m afraid I don’t have an Irish bone in my body, and we’ve already touched on my depth of religion, so I possess just a cursory knowledge of this holiday. Again, I probably could have done some research, but that ain’t me. I’m pretty sure that this day has evolved over the years morphing into shamrocks, Leprechauns, and green-dyed beverages. I’m not a betting man, but I’d be willing to wager that ole Patrick didn’t earn his seat at the grownups table in heaven based solely on his innate ability to marathon binge drink on a day in March.

If you’ve been following along with an open mind, you’ve either grown to hate me or agree with me by this point. I’m pretty sure I purchased my one-way ticket on the eternal damnation express a long, long time ago. And prior to meeting my wife, I repeatedly confirmed my reservation. If my math is accurate, I have to live well, and to the age of at least 82 years old to redeem myself and maybe see my Mom again.

Now onto Easter Sunday, and the conversation that inspired this rant. As I said earlier, we were driving to my in-law’s house for dinner. (It was wonderful by the way). And like with most holidays, I was discussing with my beautiful little girl the true meaning of the day. I wanted to pick her brain a bit and find out what she knew. I wanted her to understand that long before a giant, bowtie clad bunny rabbit hopped the globe with a basket dispensing colored eggs, jelly beans, idols in his likeness made of chocolate, and other cavity-causing treats, that something relatively significant had happened to inspire this day. So we started asking each other multiple questions to figure it all out. She’s a very inquisitive little girl who takes very little for face value. I’m not sure where she gets it from.

I went through the story of how Christ was sacrificed for our sins and how important this was. She followed along intently and completely fascinated. I went on to explain how he was laid to rest in a cave with a stone placed in front of the opening. She still clung to my every word asking a well-thought series of questions along the way. I got to the point in the story where on the third day they rolled back the stone and I asked her what she thought happened next. As if to say “Duh, Dad” she confidently told me that he rose and walked out of the cave. I said,

“Very good. And do you know what happened next?”

To which she responded, “Yup. If he saw his shadow there were six more weeks of winter.”

It’s a work in progress.

I believe her answer was 90% a child’s naivety, and 10% genetically driven sarcasm, but I did in fact correct her by the time we got to the house. Well, I hope you all enjoyed this and took the message for what it was and nothing else. Thanks for playing along. 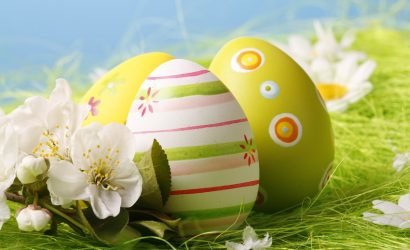 The DIY Approach to Compost: Becoming Your Own Dirt Girl, or Boy