I was having a little trouble deciding what to write about this week. I have a few other lengthy articles I’ve already written, but I figure coming off of a five part piece (Part 1, Part 2, Part 3, Part 4, Part 5) on quitting smoking, I didn’t want to hit you right away with another month-long diatribe. I wanted to keep this one brief and light. One of the stories I’m sitting on for the right time is a really humorous cliffhanger, completely at my own expense, which will eat up at least three weeks. I didn’t want to start that one now because I’d have to break it up in the middle to accommodate St. Patrick’s Day. And I most certainly cannot miss that little literary gift. St Pat’s Day is a veritable smorgasbord for a guy whose job is to sarcastically write a column based primarily on his observations of drunken and stupid human behavior. Yes indeed, March 17th is the gift that keeps on giving for a guy like me. And I’m not even a little bit Irish, so it’s easier for me.

As I stated earlier, I was at a loss this week until a recent conversation with a coworker and great friend, inspired me. It was a conversation I found ironic enough and humorous enough to write about, but not enough for a full article. So I’ve decided that this week, in addition to telling you about this conversation, I’m going to hit you with a series of completely random and unrelated short stories. It will consist primarily of various conversations that I’ve either been involved in or witnessed, that I found funny enough or stupid enough to share with you. This will be kind of like the potpourri category they occasionally have on Jeopardy. I hope you enjoy.

I’ll start with the aforementioned conversation with my coworker. You’ll soon see that the underlying themes to this story are karma, redemption, hypocrisy, and a little bit of just plain stupid. I have to set the stage a little bit with this one before I delve into the actual conversation. So I’ll give you a little background. As I mentioned, this guy is one of my closest friends. He’s a good bit younger than I, but we have very similar personalities and senses of humor, so we just sort of click. He’s still officially a newlywed for another few months. Back just before the holidays, I was poking some good-natured fun at his subtle and slight, yet noticeable weight gain. I jokingly attributed it to his now being married and comfortable. I had no malicious intent, and he was a very good sport about it, but I think that secretly my comments were not nearly as well received as I had hoped. I thought about it on the way home that night and I felt really bad. Then I didn’t see him for awhile after that. Being dudes, it would be a little fruity to make a call or send a text message of apology; it’s just part of the code. It’s easier and manlier to just let him think I’m an ass for awhile and apologize over a drink later on. Or in my case, fit it into an article that I hope he’s going to read. Now we’ll flash forward a couple of months.

We had just come back to work after a six-week hiatus during which time I saw no one who didn’t share my last name. I was perfectly at ease with that. My wife was relieved to send me back to work because I was, as she put it, “about two more weeks away from being Howard Hughes.” She of course meant the agoraphobic stir-crazy contentment, not that I had grown out my fingernails and started pissing in milk bottles. So I was now seeing my buddy pretty much for the first time since referring to his mid section as his second wedding ring. I’d thought about my comments a few times during our sabbatical, and I was still having pangs of guilt. But for the most part while I was off, my focus was primarily on my own, newfound fattitude. I could now use my own increasing waist as a convenient visual aid to illustrate my apology and its sincerity.

During that time off, I quit smoking in the early days of my forced vacation. Most of you already know that because I just forced it down your throat for the past five weeks with my therapeutic article. In that time, I supplemented my vices. I substituted food for cigarettes, more specifically, cookies. Any type of cookie, it didn’t matter. I ate anything that even looked like or behaved like a cookie. In fact, if that human swine Snooki had shown up at my house, I’d have eaten her too, just for rhyming with cookie. And that concept is almost as repulsive as the thought of her breeding. It was a great time to give up the lung darts, too. I kept finding tins of leftover Christmas cookies around the house that I consumed as if I’d developed a tapeworm. It’s also coincidence that my Girl Scout cookie order arrived about four days after my last butt. Happy day at the old Nichols compound!

I was now seeing my friends and coworkers for the first time after six weeks of lying on my couch watching Disney movies and housing circular confections like it was my job. I came to the proverbial table sporting twenty-four fresh pounds of me. One of the first people I talked to, for multiple reasons, was my buddy whom I thought I’d insulted several weeks earlier. I approached him first because I had probably missed him the most and I really needed to shed the guilt. I walked towards him and made sure to pause briefly and turn slightly so as to give him a full profile view. To prove to him that karma does exist, I wanted him to get the full brunt of my soon to be Alfred Hitchcock like silhouette. He immediately started to laugh, which was pretty much my intent from the start. Looking back on it now, that may have been the full extent of the apology. Nothing was actually said, both parties understood, and I was now guilt free. Damn, it is good to be a dude! If that were two women, it would have required Hallmark cards, tears, talk shows, therapy, Lifetime movie marathons, tight hugs, and all kinds of other crap. But us being two guys, all I had to do was turn to the side as if to say, “Check it out, I’m fat now too”, and we were immediately as cool as we’d ever been.

As we chatted and caught up, I filled him in on my new smoke-free regimen and some of the amazing discoveries I’d made in the last month. Suddenly, I realized that my entire existence was now being equated to the cost of a pack of smokes. I correlated almost everything that way, and could apply an edible substitute as well. It became pathetic that my thought process was now something like this: for the price I was paying for one pack of cigarettes, I could get three bags of cookies, or six candy bars, or four packs of hot dogs, of two half gallons of ice cream. Yup, that’s the new me—diving head first into a diet that will probably kill me just as fast as the cigs would have.

I began to tell my friend about how I had recently made possibly the greatest discovery of my life. I was like a Neanderthal who had just figured out fire. I had the look of the first guy who found the empty cave on the third day. I informed him that while in the dollar store, I had found a generic equivalent of Girl Scout cookies for half the price. I was so excited about this knowledge that I had to share it with someone, but I almost whispered it to him so as not to alert too many people to my discovery. I feared that word would get out and that one day I’d go to the store and they’d be out of cookies. They didn’t have an imposter for all of the Girl Scout cookies, just the three that people actually order. I stood in that store staring with glee at that shelf thinking, that’s four boxes for the cost of one pack of cigarettes! Purchase justified! I was telling my friend this with the enthusiasm of a child just back from a trip to an amusement park.

All the while, he just sat staring at me in silence and shaking his head. I get that look a lot, and I have my whole life, so it really doesn’t alarm me as much as it would most normal people. His look even had just a little hint of disgust to it, yet again, nothing new to me. Once I’d finished excitedly telling him about the greatest discovery since Easter Island, he looked at me and finally spoke the following words,

“I don’t know what is more screwed up, the fact that someone is undercutting the Girl Scouts of America, or the fact that my buddy with three young daughters is the one championing it.”

His statement to me was immediately both hysterical, and poignant. I had a massive wave of guilt shoot over my whole body. What kind of an ass was I to take part in somebody low-balling and under bidding such a hallowed, and storied organization and piece of true Americana? So my excitement was short lived. After only one purchase, my conscience would not allow me to partake in the sale and consumption of faux Samoas, Thin mints, and Tagalongs. I just need these little girls to sell them more often than once a year. I have limited pantry and freezer space, and even less will power.

If you recall from the intro, this week was going to be a collection of short stories and conversations because the one was not nearly long enough to fill an entire article. Here I am at the end of my allotted space after telling you about a single conversation. It seems that once again, I’ve grossly underestimated my ability to completely belabor a thought or concept and drag a single story out for much longer than the average person. I guess I’ll have to come back another time with the rest of the short stories. I’m happy to report that I’m still not smoking, I haven’t cheated once, and my waist continues to expand. Thanks for playing along everybody. 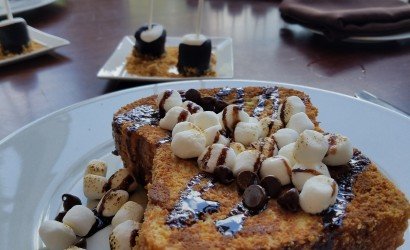 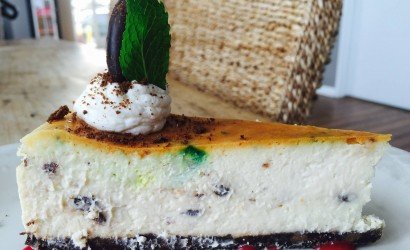