Earlier this fall, we were fortunate enough to find an excuse to go Day Trippin’ to St. Michael’s. After enjoying a weekend in the quaint, historic Eastern Shore town, we couldn’t wait for an excuse to get back – this time for our fourth stop on the Beer Tour at Eastern Shore Brewing. We quickly discovered that this family run brewery – co-owned and operated by husband and wife Adrian and Lori Moritz – is brewing up new ideas on the Shore year-round, every day.

Eastern Shore Brewing got its start when Adrian Moritz started making beer in college; “I always loved brewing and started brewing at home” Moritz explained. It’s hard to believe but when Moritz first set up his brewery, it was the only one on Maryland’s Eastern Shore. The last brewery to be set up on the Shore was Wild Goose Brewery which had once been in Cambridge in 1989. However, it had been removed in 1998 when it was bought by a company from Western Maryland. That all changed in 2008 when the Moritz’s set up their new craft beer business.

At Eastern Shore Brewing you can expect the unexpected in all of their carefully created brews. The company usually focuses on making traditional European style beers such as English, German, and Belgian styles but each features a unique taste. The Tighty Whitey beer is a Belgian White that also uses coriander, orange peel, and lemon grass in the brew evoking a spicier flavor. Beers are also creatively named, such as the Duck Duck Goose porter “named in honor of waterfowl season” Moritz told us.

The brews at Eastern Shore also use as many locally grown ingredients as possible. In the Tighty Whitey, the lemon grass used is grown in Denton. There is also a beer that implements Tilghman Figs, from the near-by island, “that provides an apricot taste” Moritz said, to the finished beverage. The Holiday Nut Brown Ale also used locally made molasses to give a slight bitterness in the brew.

Eastern Shore Brewing’s innovative brews have not gone unnoticed. In fact, the brewery boasts multiple medals for beer excellence from the Brewers Association of Maryland. Eastern Shore’s Belgian Golden Ale and Dunkelweizen have both won the bronze medal at the Maryland’s Governor Cup and the Duck Duck Goose Porter and the St. Michaels Ale won the Silver medal in 2010.

When visiting the tasting room, beer connoisseurs can choose from all of the award-winning brews and try new varieties as well. If you can’t decide which beer to pick there is a highly recommended sampler that allows you to try multiple Eastern Shore brews in one sitting. The brewery does not serve food; however, this does not stop locals from having a picnic while enjoying beers in-house. Moritz told us that “customers usually order in or bring their own food” to pair with their craft beers.

Eastern Shore Brewery also provides entertainment to go with your craft beverage, including live music every Saturday from 4:00-7:00pm. There is also St. Michaels first ever Beer Festival this May 31st (you can be sure we will be there!)

ShoreBread already has St. Michaels pinned as a great place to day trip, with great shops and restaurants scenically placed on the water. But after visiting Eastern Shore Brewing, which is also located across the street from St. Michaels winery, we plan to come back for the beautiful town, beautiful beer, and a future trip to the winery! 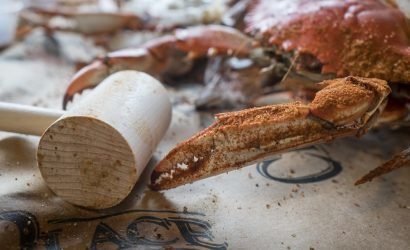 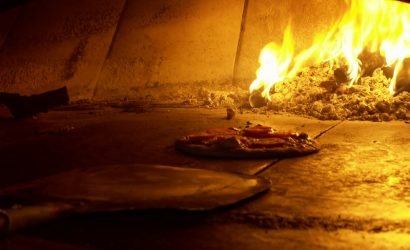 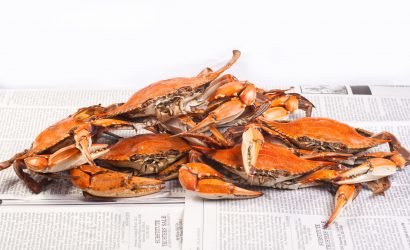 Fresh Seafood No Matter Where You Are with CrabPlace.com

Peek into the Past: Spotlight on Cambridge