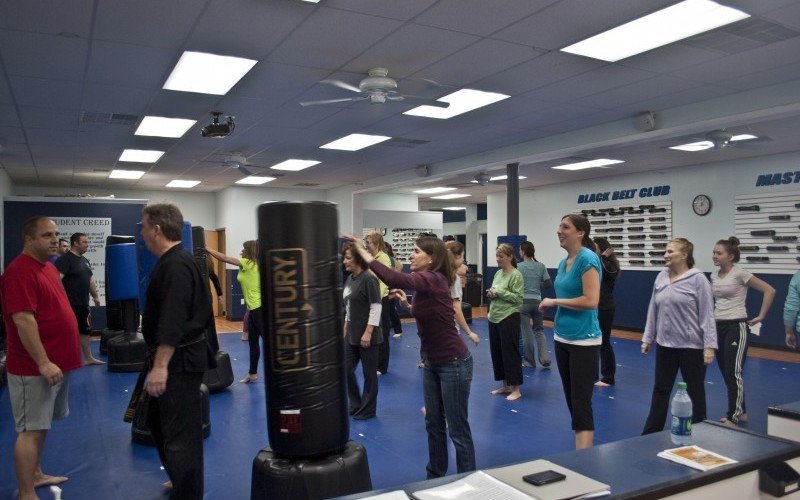 Although we like to think of the Eastern Shore as a relatively safe and peaceful place, the truth of the matter is, no town is completely devoid of dangers and threats. As we gear up for the summer months in the resort towns across Delmarva, we must also remember that an increase in crowds also calls for an increased need for an awareness of your surroundings. As a resort area, many of our locals work abnormal hours in the hospitality industry, leaving work late at night or even in the early hours of the morning. As a result, it is extremely important to always be safe and to arm yourself with the basics of self-defense. The ladies of ShoreBread decided to be proactive by enrolling in a women’s self-defense class, held this past weekend at Chesapeake Martial Arts in West Ocean City. In an effort to better the safety of not only ourselves, but of all our female readers, we decided to share a few tips with you all.

“Our goal here is to teach you some basics of self-defense so that you won’t have to think about it too hard,” explained Master Jim Heaney before presenting us with an hour and a half crash course on the basics of self-defense. The most basic form of defending yourself against an attacker approaching you from head on is with the forceful thrust of the base of your palm into their nose. This will either break your attacker’s nose or buy you enough time to either run or to go on the offensive while they grab their face. Continuing in this vein, is a tip on how to escape from a basic wrist grab. Heaney explained that by twisting your wrist down and away from your assailant, you can pull free and gain the opportunity to strike back or run.

Fight or flight. The decision to fight back against your assailant or to run for the hills is largely to be decided in the heat of the moment. According to Heaney, when given the opportunity to escape, the best and safest option is to run and scream for help. “We want to get you home safe – that’s the goal,” explained Heaney. However, in the event where you need to fight back, having a clear set of self-defense moves to draw upon can be crucial.

Beyond a forceful blow to the nose, other effective hand moves include poking your assailant in the eyes and jabbing them with significant force in the throat. Both moves will deter your assailant, buying you critical moments to defend yourself. For example, if you have exerted force on your attackers nose, eyes or neck, they will move to cover their face, providing you with a clear chance to exercise a forceful kick to the groin. Attackers of any size, shape or demeanor will bend over in pain at this point, lending yourself the chance to then take your knee to their face, keep kicking, or again, run and scream for help.

Now let’s say you are being choked by your attacker. According to Heaney, you have a mere three to four seconds before you lose consciousness in a two-handed choke hold, so acting swiftly is paramount. Heaney demonstrated a particularly effective move in which you turn your hips, gaining enough momentum to jab your attacker in the throat. You can also thrust your arm up and bring it down forcefully on your attackers arm, breaking their grip on you.

Unfortunately, you don’t always have the advantage of facing your attacker head on. In the event that you are grabbed from behind, the best option is to S.I.N.G (for those of you who have seen Miss Congeniality this should sound familiar). S.I.N.G. stands for solarplex, instep, nose and groin, indicating the areas to hit to get free. Basically, S.I.N.G involves a backwards elbow jab into your assailant, followed by stomping on their foot, a fist to the nose and finally, a fist to the groin.

It should also be noted that all of these moves are for instances in which your attacker is not threatening you with a weapon. Heaney emphasized that attacks of that nature take a higher set of self-defense moves that take time and practice to learn. “You need the repetition for that to build your skill level,” he said, highlighting the need to be proactive and to practice in order to be ready for any situation. “If you have all the basics down, you can defend yourself against pretty much anyone.” Heaney also stressed the importance of being comfortable with hurting someone. Remember, you are being attacked, which means you have every right to hurt and injure your attacker.

For more information on Chesapeake Martial Arts or self defense classes, visit www.cmakarate.com or call 410-213-9040. 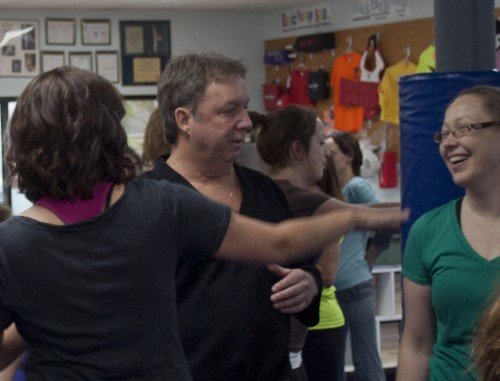 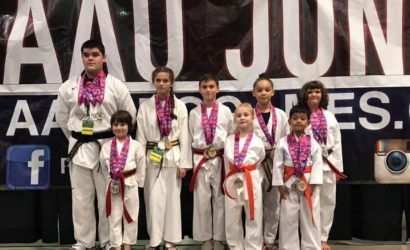