I’m writing this piece on behalf of the word ‘epic’. I’m doing this for multiple reasons. First is that I believe the gross overuse and misuse of this word has reached proportions that are, well… you know. So consider this a public service announcement to bring awareness to this rapidly growing pestilence. Second is that epic is far too decent and humble a word to write this diatribe itself. Finally, because it is a word and lacks all of the necessities to write – like a body, and hands, and motor skills. So I’m taking it upon myself to spread the word for the word.

Epic used to be one of my favorite words. On rare occasion I would pull it from my literary scabbard, use it in context, and wield it like a sword. It was a word that when used properly while telling a story, could raise the eyebrows of the listener and captivate his or her attention for the remainder. Now that every goof with an iPhone has made it his go to word and uses it like a salutation, epic has become as diluted as a casino cocktail. This wonderful addition to our language is now nothing more than a verbal placebo. Sadly, it now holds about as much weight as an adjective as the word yucky. This deeply saddens me.

Before some of you more loyal readers hit me with the hypocrite card, I will say that yes, I am completely aware of the fact that within the past couple of years I wrote a column in which I described a sandwich as epic. I will not apologize for that because if you read it then you know that the sandwich was in fact epic. It will one day have its own exhibit in the sandwich hall of fame. That was also written well before the whole epic epidemic. In my defense, that story was never supposed to be used here, but I needed filler one time.

This once proud and practically majestic adjective, formerly residing in the vocabulary penthouse, is now nothing more than that really annoying roommate in the ground level efficiency of verbiage. It pains me to be witness to epic’s fall from grace. This contingency of young people whom I’ll refer to as Generation Tweet has done to epic what we dummies of the early 80’s did to ‘awesome’, and ‘radical’.

In the span of a few years, awesome went from a word properly used when standing at the edge of the Grand Canyon for the first time, to a descriptive word for a new Ben and Jerry’s flavor. Radical went from someone sitting in front of a government building and setting themselves on fire in protest, to the description of a slightly above average skateboard maneuver. While awesome has remained steadfast and is still used to an extent, radical, thankfully had a brief run and has been in the witness protection program since about 1987. It is now only used by middle-aged men who still make their living on a BMX bike. I don’t want to see these same tragedies befall epic, so I’m making it my crusade to stop it.

The folks abusing the word so regularly are simply trying to make themselves sound brighter without realizing that using a word out of context only makes one sound dimmer. But for them, ‘epic’ is the perfect word because it sounds cool and smart yet it’s only two syllables and only four letters so they can actually spell it if called upon. To illustrate my point, here is a list of synonymous words that the Tweet folk have rejected: apocalyptic, colossal, mythological, cataclysmic, monumental, grandiose, paragon, enormous, and gargantuan, just to name a few.

So given the caliber of those we speak of, it’s easy to see why they opted for the 50 cent word with just two consonants and two vowels. I believe that there should be a law called linguistic larceny for the misuse of words, and the penalty should be a firm smack to the back of the neck.

To stick with what I know, and use a bartender’s metaphor, ‘epic’ used to be on vocabulary’s top shelf, and now it’s a cordial that you actually have to bend at the knees to pick up only once a month for inventory.

There was a time when epic meant an incredible story about Gods, and sea monsters, and singing hotties trying to crash badass sailors into the rocks. Now it’s simply another four-letter word that I for one would like to restore dignity to. I’d like to now site some examples to illustrate the proper use of the word. The Gettysburg Address… epic; Kanye West lyrics, not epic. Hurricane Katrina, epic; the waves at Assateague today, not epic. Babe Ruth calling his shot in the 1932 World Series… epic; the plate of nachos you had for lunch today, not epic. Custer’s last stand, epic; anything Miley Cyrus has ever done or will ever do, not epic. I think those are enough examples to drive home the point.

It’s difficult to pinpoint where this whole tragic epidemic began. I’m pretty sure that the guy who first used the words “epic fail” to tag a photo and post it on a social media outlet had no sinister master plan, or malicious intent. It’s entirely possible that the word was even used in context for the picture – I’ll never know. But that ball was taken and run with by many in the wrong direction. Not at all unlike that poor little Carly Rae Jepsen girl who gave us “Call Me Mabe”. She didn’t mean to piss anyone off. He simply wanted to apply a clever two word subtitle to a picture, and she just wanted to give us an innocent catchy tune. Both had completely, seemingly innocuous motives. And yet either of those two combinations of words when heard strung together can cause a grown man to clench his teeth, ball his fists, and tremble convulsively because of how both have been used and abused in just two short years.

So I will make a concerted effort to not backhand anyone when I hear epic used in completely the wrong way and all I ask in return is to help spread the word for the word. It’s perfectly acceptable vernacular to say that you saw a “decent” movie, or that your lunch was “enjoyable”. Because if you’ve already pulled epic out of the vault to describe a longer than normal commute to work, what do you have left when the skies open up and it starts raining unicorns on us? Now THAT will be an epic day. Thanks for playing along. 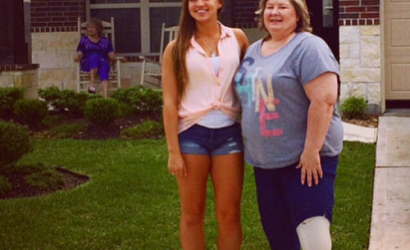 ShoreBread “Marches” into Spring: What’s Happening on the Eastern Shore