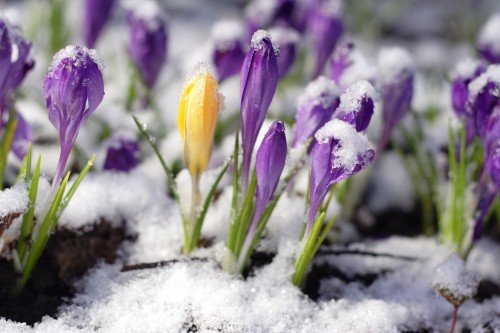 This continuous snow and never-ending winter has had ShoreBread feeling more cooped up than ever. We’re looking forward to warmer weather and fun events later this month! To get you motivated as well, we’ve rounded up a list of events in Wicomico and Dorchester Counties:

Performance of The Brothers of Menaecchmi, a Roman Farce by Platus

Salisbury’s Theatre Department is putting on an uproarious comedy for their spring play. Audience members will be laughing at jokes that have been told since Roman times in this classic play.  What we know so far about the plot is that there are two brothers who look very similar are just meeting for the first time, sounds like the perfect setting for some comical mix ups to happen.

Spend happy hour at the local winery while singing and dancing. Karaoke night happens once a month at Layton’s allowing visitors to taste delicious wines made right on site. This vineyard has an array of wines to try including many award winning flavors.

Celebrate the life and legacy of the Eastern Shore’s Underground Railroad conductor in her home town. Many events will be going on in and around Cambridge to commemorate Harriet Tubman’s accomplishments including a one-mile walk with an Underground Railroad expert, a jazz concert with musician Marcus Shelby and his quartet and on March 9, and the Harriet Tubman Annual Banquet.

Explore the home of our national symbol the bald eagle and celebrate the bird of prey! All day long you can enjoy eagle related activities from seeing birds from the Salisbury Zoo to seeing the birds in their natural habitat on an Eagle prowl. Other events during the day include guest speakers, archery, building a bird house and dissecting owl pellets.

The battle of these warring lacrosse teams from across our area come head to head in the renowned match of the season. As in years past, a competitive game is sure to follow as these rivals face off.  The game is also during SU’s Spring Break this year so patrons will have extra room for seating; lets see if we can get a whole crowd of locals out to the game!

Its been ten years since the comedy Wedding Crashers was filmed at the Inn at Perry Cabin in St. Michaels and Assateague Island. This hilarious movie brought actors like Vince Vaughn, Owen Wilson and Rachel McAdams to the Shore. To celebrate one of the many movies that put the Eastern Shore in the spotlight, the Tidewater Inn is hosting a Wedding Crashers themed party where guest can pick to dress like any member of the wedding party. Proceeds will go to Eastern Shore Conservation Center, the future home of the Easton’s Costume Shop.

Throughout Talbot County, you can eat your way through great deals during restaurant week. Dig in to two-course lunch menus for $20.14 and three-course dinner menus at $35.14 from a multitude of  local restaurants. To start off the week the Celebrate Talbot! Sample, Sip & Savor Spectacular will kick off at The Oaks Waterfront Inn in Royal Oak featuring samples from restaurants around the county. For a list of restaurants participating in the Celebrate Talbot! Sample, Sip & Savor Spectacular click here.