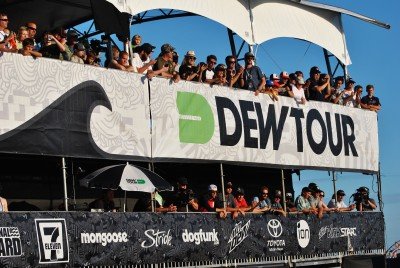 Memorial Day Weekend went off without a hitch, with beautiful weather and the usual collection of fun-filled Eastern Shore events. While it isn’t technically summer yet, Memorial Day Weekend serves as a kick-off to the summer season each year. As we welcome summer and the month of June we couldn’t help but notice the number of events packed into our calendar for next month. Air shows, parades, high heel races and more are on the horizon…

The town will be noticeably black and purple from May 29 through June 1 in Ocean City as Ravens fans, players, coaches and cheerleaders gather to turn the town into Ravenstown for the weekend. This is the third year for the Ravens Beach Bash, which is on track to be as successful as years past.

Pig and a Jig BBQ Festival

In case you didn’t get enough BBQ last weekend (we sure didn’t) head down to Snow Hill for the 2nd Annual Pig and Jig BBQ Festival on May 30th and 31st. Held at the Snow Hill Autobody on Worcester Highway, the festival features BBQ competitions, amusement rides, boardwalk-style games, live music and a variety of food and artisan vendors.

Whether you’re racing or watching from the sidelines, the Berlin High Heel race promises entertainment along with a few laughs as participants struggle to reach top speeds in their precarious heels. This is the second year for the Berlin event, which serves as a benefit for Women Supporting Women. Contestants must wear high heels (no wedges or boots) from start to finish, with prizes awarded for first-place finishers for men and women. There’s also the People’s Choice Award – determined by $1 votes cast for Best Looking Men’s Legs, Best Looking Women’s Legs, and Hairiest Legs. The race starts at 6pm, June 6 in downtown Berlin.

The month of May brought us Restaurant Week in Ocean City which included two weeks of deals at some of our favorite dining spots. Fortunately for us, the deals will continue into June as we celebrate the 9th Annual Rehoboth Beach Restaurant Week, to be held from June 1 until June 6. Three meal deals will be offered at participating restaurants for $25, $35 or $45. Traffic or no traffic, we will surely be making the drive to Rehoboth several times next week.

We’ve been hyping up the premiere of Ping Pong Summer for quite some time now and rightfully so considering the indie-flick was filmed in Ocean City. We are eager to see the film in its entirety after several months of clips and teasers. The film opens in several theaters, but you can expect to find us at the showing in Ocean City.

The Ocean City Air Show returns for its 7th year on Saturday, June 14 and Sunday, June 15. The show includes high-flying fun each year, with performers in flight visible along the entire length of the Boardwalk. The show is free of charge, with performances running between 1pm and 4pm each day.

Each year the Town of Ocean City welcomes the Maryland Fire Rescue Services for training programs, meetings and exhibits at the Convention Center. The event (which is open to the public) is held from 9am until 2pm, June 16, 17 and 18.The event is capped off with a firemen’s parade on Wednesday, June 18 at 1pm.

Wine in the Park

Wine in the Park returns to Northside Park in Ocean City for its second year on June 13, 14 and 15. Open from noon until 8pm each day, the festival includes a vast array of East Coast wines to sample. Tickets are $25 and include a commemorative wine glass and sample coupons.

Art’s Alive is the biggest and finest art show in Ocean City, an event that has been celebrated for the past 14 years in the resort town. Over 100 artists will have their works for sale. Stroll through the booths, have lunch at the Artists Café and enjoy live music while your children enjoy free art activities.

Games and events, arts and crafts, rides for all ages, and live entertainment make up this year’s Pocomoke Cypress Festival. The four-day event (June 11-June 14) is presented by the Pocomoke Area Chamber of Commerce, with support from area businesses and residents. Boat decorating contests, comedy hypnosis, dance performances, the duck derby and fireworks displays are just a few of the highlights you can expect at this year’s festival.

Ocean City barely takes a breath as the town transitions from the excitement of the OC Air Show to the highly anticipated Dew Tour. 100 of the world’s best BMX riders, skateboarders and surfers will compete for prize money, prizes and the Dew Tour title. In addition to the live competitions are live concerts, with musical acts and times still to be determined.

Top Chef of the Culinary Coast

This culinary throwdown features some of Southern Delaware’s finest chefs at the Rehoboth Beach Convention Center from 5pm to 8pm. Attendees will sample many delicious dishes while casting votes for their favorites. Ticket prices include samples of food prepared by local chefs using Sussex County Farm Fresh Foods and two free drink tickets. All proceeds from the tickets sales will be used to benefit Meals on Wheels Lewes/Rehoboth Meal Sharing Program.