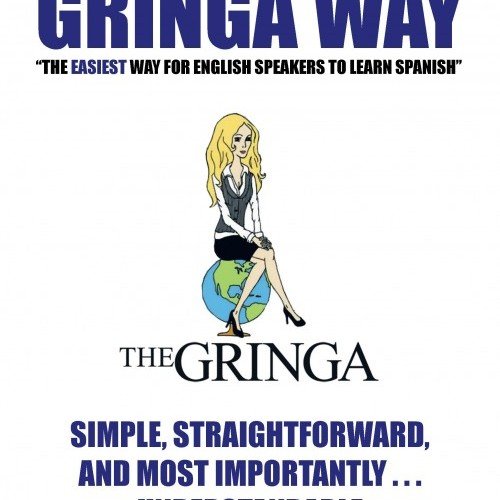 People want to learn Spanish for many reasons, but the truth is… it’s hard. Learning a new language can be time consuming, expensive, and downright frustrating. Going on a trip soon? Or maybe you just want to learn Spanish for future reference?  Ocean City, Maryland native Erin Ashley Sieber stopped by the Shorebread office right before the holidays to tell us a little about her expertise and her first published book. When she recently announced her newly published book, “Learn Spanish The Gringa Way- The Easiest Way for English Speakers to Learn Spanish,” we knew we had to find out more.

First off- What’s a gringa/gringo? That was our first question too. Turns out, it’s actually a term used for foreign people in Latin America, usually referring to Americans or English people. “Ocean City influenced the making of this book in many ways,” said Sieber. “For the sheer fact that Spanish really isn’t a thing here, growing up I was always intrigued.” The obsession really started during her years at Worcester Prep, when she went on a trip to Cancun, Mexico. Shortly thereafter, following graduation, Sieber moved to Boca Raton to attend Florida Atlantic University where she earned a Bachelor of Arts in Spanish and International Business. While attending the university, she lived and studied in Salamanca, Spain and El Puerto de Santa Maria, Spain, where she attended the private language school, Estudio Sampere for six months which is where she received some of her most intense instruction in the Spanish language. After that, Sieber moved to Miami and obtained her Master’s Degree in Business Administration with a concentration in Entrepreneurship from the H. Wayne Huizerenga School of Business at Nova Southeastern University. In Miami she took on a position at a leading newspaper, The Miami Herald, working as the Business Developer for the Herald’s Spanish paper, known as El Nuevo Herald. Eventually, Sieber left the Herald to start her own company, The Gringa, LLC, which has a strong concentration in teaching English native speakers, Spanish, from an English native.

The book is written for native English speakers and is based on a revolutionary new method that allows learners to translate their English thoughts and sentences into usable Spanish, without years of grammar and vocabulary work. “I know that fellow gringas and gringos will be able to learn 1000% more effectively with my method,” said Sieber. “I’ve talked to people and I hear time and time again how they just can’t speak Spanish and that has to stop.” Sieber takes an entirely different approach, “This book is for English native speakers to learn Spanish without years and years of classwork and frustration.”

She’s even having her official launch party here in her beloved hometown of Ocean City. You can join author, Erin Ashley Sieber next Saturday, December 13th at 4:30PM at the Ocean Gateway Center to enjoy an evening filled with Live Latin Jazz, Tapas and celebrations for her new book that’s sure to be a hit! There will be giveaways and book signings as well. “It’s so important to be bilingual,” said Sieber. “That could be the deciding factor on a job you may be applying for because Spanish is the number two language in the world, my method will completely different than traditional methods, it works.”

Places to buy the book: on her website, www.thegringa.com, Amazon and Barnes & Noble.

ShoreBilly’s Swill: Embarking Upon a Season of Thanks