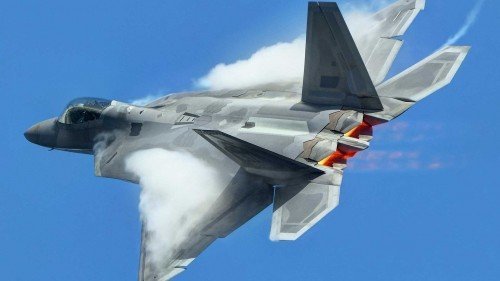 OCEAN CITY, Md. – The OC Air Show will host three headline acts all in the same year as the U.S. Air Force F-22 Raptor Demo Team joins the best line up ever to be assembled in the eight year history of the OC Air Show.  The event will take place June 13-14, 2015 in Ocean City, Maryland.

The F-22 Raptor is America’s superfighter and the only operational fifth-generation fighter aircraft in the world today. Its combination of stealth, supercruise, thrust vectoring, and integrated avionics, represents an exponential leap in fighter aircraft capabilities.  With only 186 F-22’s in the fleet, the operational demand for them is significant so the U.S. Air Force limits air show demonstrations to only 20 per year.

“We’ve pulled off the air show version of a hat trick” said Bryan Lilley, President of the OC Air Show.  “With the addition of the F-22 Raptor Demo Team we have three of the biggest acts in the air show industry, all performing in the same year!”

2015 will be the inaugural performance of the U.S. Navy Blue Angels in Ocean City and the first time the OC Air Show will host an international performer, Breitling Jet Team.