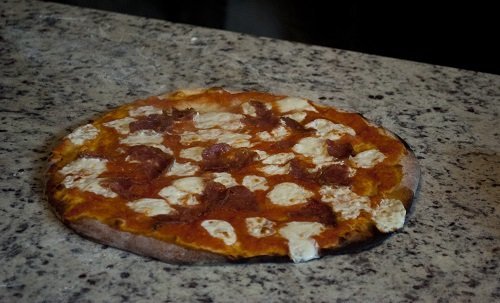 Spring marks many new beginnings as Mother Nature bids the cold, barren winter farewell. Locals return from their wintertime travels or from their hibernation hideouts, crowds of area visitors grow, and weekend events and festivals blossom. We’ve noticed a major trend in and around Ocean City this spring, and it’s one that we are welcoming with open arms – new businesses! Over the winter we kept hearing rumor after rumor of new restaurants slated for spring openings and we are thrilled to announce that most of those rumors were true! We’ve reported on most of them, but we decided to create a running list so you (and we) don’t miss any exciting newcomers. Feel free to notify us of any we’ve missed!

Touted as ‘the real taste of South Philly,’ the Tony Luke’s franchise will make its debut in OCMD next month on 33rd Street and Coastal Highway (next to OC Wasabi). The area of 33rd Street has seen many welcome additions over the last few years, including Barn 34, Guido’s Burritos, and a facelift and bar addition to Anthony’s. Tony Luke’s will add breakfast and lunch to the mix with massive subs including the cheesesteak, chicken cheesesteak, chicken cutlet, and roast pork. We’re already day-dreaming of inhaling one of their subs and capping it off with a long nap on the beach.

Two locations: Rt. 50 in West OC in front of the Walmart AND 33rd Street next to Tony Lukes

The mastermind behind opening Tony Luke’s is also bringing bagels to the area with two Shmagel’s Bagels locations – one next to Tony Luke’s and the other in the new buildings in front of Walmart. Both locations will feature at least a dozen bagel varieties on display, along with muffins (or shmuffins rather), baked goods, cream cheese spreads, paninis, wraps, and coffee from Baltimore Coffee & Tea. What’s more, the Route 50 location will be sharing space with a TCBY – both of which will include drive-thru options. Both locations have their eye on a May opening. We’ll keep you posted of course.

Sello’s should be opening any day now. Fortunately (very fortunately) for us, owner Pino Tomasello gave us a teaser taste of the amazing pizzas that will be firing out of the oven at the new West OC restaurant. We were impressed with the pizza of course, but we were also impressed by the interior of the space that once housed Avery Gallery. You might know Pino from his former (recently shuttered) restaurant, Fresco’s, but he is adamant that Sello’s is not going to be a ‘Frescos West.’ A look at the menu reveals a few crossovers, but Sello’s truly is primed to set itself apart as an entirely new entity. Expect quality Italian dining replete with local ingredients at the new West OC restaurant.

The overwhelming response we got when we broke the news of Culture revealed two things: one, that people love Travis and Jody Wright and what they’ve accomplished at The Shark on the Harbor over the last few years, and two, that there is a need for quality, fast-casual dining in West Ocean City. Culture should be opening any day now and we are dying to get in there to tuck into their mainstay menu item, the Peruvian-style rotisserie chicken. The concept at Culture is truly a unique one, with the ‘culture’ and menu to rotate each year. The rotisserie chicken and a few other staples will remain year after year, but the sides, theme, and even décor will change based on that year’s culinary culture.

Fresco’s may not be returning this year, but don’t fret, the Ocean City bayside space will be filled. Ropewalk, which you may know from their Fenwick location, will be venturing over the state line to Ocean City this summer, and we’re pretty excited about it. Coming soon to 82nd Street, Ropewalk will be taking full-advantage of the block-long deck with ample seating, a beach pavilion, palm trees and fire pits. Parents, there’s even a playground for kids along with a substantial kids menu. Adults, expect the same fun drinks as the Fenwick location, along with a full menu heavy on seafood.

Ok, so not technically a new restaurant, but de Lazy Lizard will be seeing some changes this summer, including new ownership. Dead Freddies announced last week that they would be taking over the downtown hotspot, but with full intentions to keep most of the Lizard vibes alive, including the name. There will be a few changes this summer however, including improvements to food service. A separated family/kid-friendly zone is another change on the immediate horizon. We love sitting at the Lizard for happy hour sunsets and live entertainment so we’re thrilled to hear it won’t be going to the wayside.

This is another one that is ‘coming soon.’ Set to open sometime before summer on Rt. 1 in Bethany across from The Cottage Cafe, the Bethany Boathouse is gearing up for their first summer. Ample outdoor space, live entertainment, family-friendly atmosphere, a kids play area, and a full bar are the basics of what we know about the new spot so far. Stay tuned for more.

Loyal GK patrons were devastated last year when they heard rumors that their beloved breakfast joint was being forced out of its 75th Street location. The dismay didn’t last too long though, as the General’s Kitchen has already found a new home on 66th Street. Galaxy 66 closed their doors for good this winter, but the Skye Bar is still open upstairs. We haven’t been inside the redone space yet but we are interested to see how they’ve transformed the swanky, galaxy-themed décor into something a little more conducive to the traditional General’s Kitchen vibe. One thing is certain; their famous creamed chipped beef will still be on the menu.

Mione’s has been our go-to pizza place for many, many years. The service, the food, the staff…they’ve all remained consistently great for the 15+ years that we have been patronizing the West Ocean City business. When we heard about the new Mione’s opening in the 67th Street Town Center in Ocean City we panicked (we should note that our office is located in West OC), but were soon appeased when we realized they weren’t moving, but rather opening a second location. For those of you not familiar with Mione’s, in addition to amazing pizza, they also have pasta, subs, salads, appetizers, calzones, and more.

Berlin is seeing some new changes to the dining scene as well, with Tex Mex closing up shop and Leaky Pete’s Oyster and Wine Bar set to take its place. The last we heard, Leaky Pete’s was aiming for a May opening. Our Cambridge friends already know Leaky Pete’s, as the original is located in downtown Cambridge on Race Street. Berlin will be the second location, and with significantly more room than the Cambridge location, it looks as if the menu will be expanding as well. Expect a raw bar and “Eastern Shore foods.”

Eying a June 1 opening, Crush and Crabs is another welcome addition to Berlin. Taking the place of the long-vacant Boomer’s (across from Worcester Prep), Crush and Crabs will offer breakfast, lunch, and dinner along with steamed crabs, carry-out food, and ice cream. The menu will be heavily seafood centric, even the breakfast menu which will include oyster and crab omelets.

Earth Day on the Eastern Shore