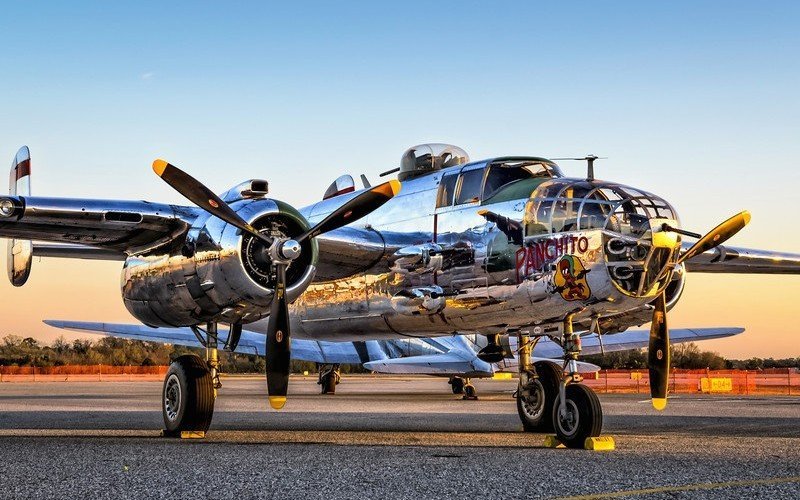 May is rapidly coming to an end which means June is on it’s way with a bevy of events in tow, including the OC Air Show! We love the annual OCMD event, which features two days of high-flying performances. This year’s event is shaping up to be a spectacular one with the Blue Angels headlining. The OC Air Show added to the excitement this week, announcing that two of the most famous airplanes from World War II, the P-51 Mustang and the B-25 Mithcell Bomber, would be joining the lineup. Both of the famous WWII airplanes will commemorate the 70th Anniversary of VE (Victory in Europe) Day.

“The OC Air Show is honored to be able to commemorate the 70th anniversary of VE Day before the hundreds of thousands of people that will be on the beach to see the OC Air Show” said Bryan Lilley, president of the OC Air Show. “We’re also pleased that the public will have the opportunity to travel back in time and fly aboard one of the few remaining B-25s.”

The P-51 Mustang played a integral role in the allies air superiority. Marked as the superfighter of its day, the P-51 represented a giant leap forward in speed and maneuverability. Owner Jim Beasley will be performing a full capabilities demonstration of his P-51 ‘Bald Eagle.’

The B-25 Mitchell Bomber gained notoriety in April 1942 when Lt. Col James “Jimmy” Doolittle led a raid on Tokyo, launching his squadron of B-25s from an aircraft carrier just months after the attack on Pearl Harbor. Pilot and owner Larry Kelley will be flying “Panchito” in the show.

There is also a rare opportunity this year for the public to fly aboard the B-25. Flights will be out of the Ocean City Airport and will be available June 12-14th for a donation of $425. Interested parties should call 443-458-8926 or email panchitoB25@aol.com.