Wow! I can’t say I remember a northeast blow like we’ve seen lately on Delmarva. The wind usually blows in the fall, there’s no denying that, but it usually blows a couple of days in September, a few more in October, and by November, you’re lucky if you get a couple of fishable days in a week. The wind we’ve seen this September is rare indeed. As I write this, the wind has been blowing northeast and does not look to be letting up. These conditions make fishing tough, and when there’s no fishing going on, it’s kind of tough to do a fishing report! That being said, I figured this would be the ideal time to break the report down by month, in a recap of fishing in 2015.

March, 2015: March is usually the first month coming out of the winter that we start to seriously think about fishing. This year was no exception, as we saw water temperatures start to rise and boats begining to hit the drink coming out of winter storage. Captain Terry Layton caught the first two mako of the season, while Anger Andy Smelter (joined by Captain Terry, Jim Hughes, Kevin McCabe and Dave Pederson on Non Typical) reeled in an estimated 100 pounds of mako – the earliest I’ve ever seen or heard of.

April, 2015: April was all about the inshore fishing as the tautog, bluefish, rockfish, and ever popular flounder made their way in the back bays of Ocean City. Flounder fishing was really good behind Assateague , tautog fishing was good around the south jetty and the bulkhead behind Ocean City on sand fleas, and there was some good bluefish action around the south jetty and Route 50 bridge on buck tails and spec rigs.

May, 2015: We had some really good fishing this year in May, with the first white marlin of the season caught on May 25th by the Got-R-Done (the earliest ever out of Ocean City). The inshore fishing got hot fast in the back bay for flounder and the tautog fishing on the inshore wrecks and reefs was very good as well. We also had an early season of bluefin and yellowfin tuna action in the Baltimore Canyon.

June, 2015: The fishing season that we thought would have a slow start due to the harsh winter was in full swing by June! Bluefin tuna were being caught at the hot dog and hambone, with yellowfin tuna and bigeye in abundance in the Washington Canyon.

July, 2015: Just about every species that is targeted out of Ocean City was being caught in early July. Inshore fishing was spectacular, along with croaker making their annual appearance in the back bays. Offshore, it was bluefin on the lumps, yellowfin and bigeye tuna in the Washington Canyon, and wahoo and mahi in Baltimore.

August, 2015: The annual White Marlin Open had a record purse of over $3.8 million and saw a first with the largest white marlin of the tournament being caught by a female angler. The fishing in the canyons was more spread out by this point in the summer and the big story of August was the mahi fishing – loads of mahi were being caught in the Poor Man’s and Baltimore Canyons, with some boats catching limits of 60 fish in a trip.

September, 2015: September started off looking like it was going to be one of the better months of fishing that we were going to have all season. The white marlin bite in the Norfolk Canyon was ballistic, with some boats releasing 15 or more fish. We also saw some big yellowfin in the Washington Canyon that were pushing 70 pounds. Unfortunately, we’ve been blown out more days than we’ve been able to fish in the month of September.

So far our fishing season has been a good one, and it’s not over by a long shot! We could see good yellowfin action as late as November if the bait and warm weather stick around. Until next week, here’s hoping for light winds and calm seas for Fish in OC! – Scott Lenox 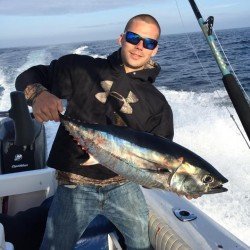 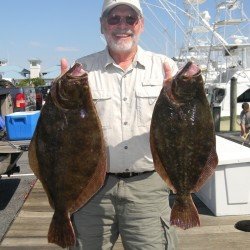 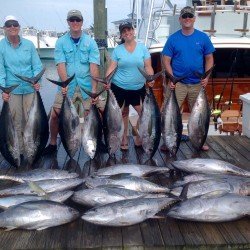 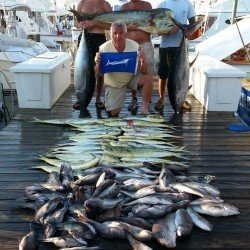 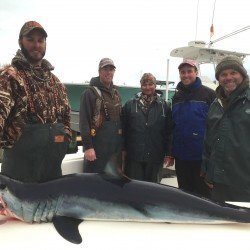 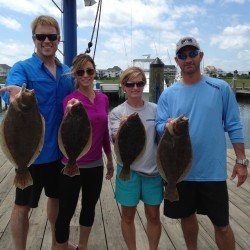 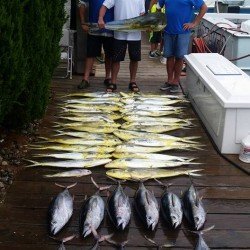 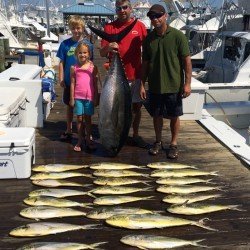 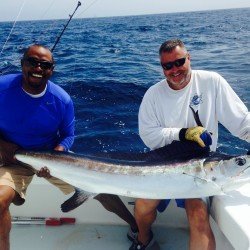 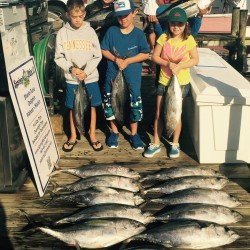 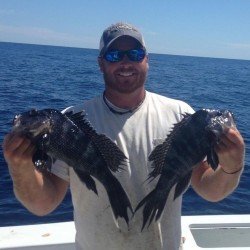