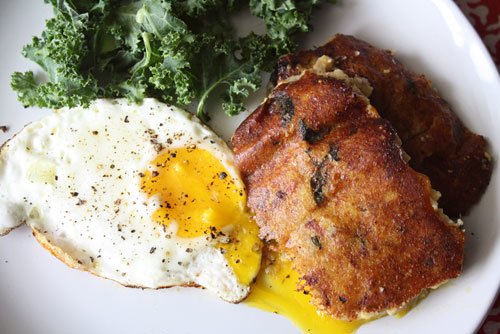 National Scrapple Day has arrived, marking the perfect time to reflect on the unique breakfast meat that maintains deep ties to Delmarva. History shows that scrapple was invented back in the 1700s, when the Pennsylvania Dutch settled in Lancaster County. These farmers believed that all parts of the pig should be used, and more importantly, eaten. Soon after, it was brought a little further down South where the scrapple we know was born.

A Little History, Shall We?

Travel any further north than Pennsylvania and any further south than Virginia and you’ll be hard-pressed to find scrapple on menus or on the shelves of grocery stores. Locally of course, nearly every breakfast menu features the local fare, with grocery stores even offering several varietals of scrapple – scrapple with bacon, turkey scrapple, and beef scrapple, to name a few. Scrapple has ties to rural areas surrounding Philadelphia, Baltimore, Washington D.C., Eastern Pennsylvania, New Jersey, Maryland, Delaware, Virginia and the Delmarva Peninsula, but the real hub is in Bridgeville, Delaware. Bridgeville is the proud host of the annual Apple-Scrapple Festival where you can feast, celebrate the founding of the breakfast meat, and even be named Little Miss Scrapple.

The most famous brand of scrapple of course is RAPA, which was incorporated in Bridgeville in 1926. Two brothers and Bridgeville natives Ralph and Paul Adams founded the Rapa Scrapple manufacturing plant. The duo joined their names for RAPA (Get it, RAlph and PAul!?). Today, RAPA is still located in Bridgeville and is the largest producer of scrapple in the world. Along with RAPA, there are of course other yummy brands to consider, such as Habbersett Scrapple (Media, PA), Hughes Scrapple (Felton, DE), and several local farms that have created their own unique recipes.

A Crash Course in Scrapple

As for how it’s made…well, let’s not sugar coat it, we all know what it really is: leftover scraps of pork that are chopped and boiled then blended with spices and flour. Once pressed into a loaf pan, it’s converted into a rectangle then cut into slices and pan fried golden brown and crispy. Scrapple is usually served alongside pancakes, waffles, eggs or toast but you can also put it between two slices of bread to make a scrapple sandwich. Many Delmarvians eat it slathered in ketchup, maple syrup or yes, we’ve even seen it eaten with grape jelly.  Over the years, more inventive variations have popped up, with scrapple appearing on pizza, stuffed in mushroom caps, piled on top of burgers, or stuffed inside burritos.

So, as the story goes, 24 years ago ideas were floating around for unique ways to promote Bridgeville. We already know that Bridgeville has strong ties to RAPA, but the town also maintains bragging rights to some of the best apples around thanks to T.S. Smith & Sons, Delaware’s oldest commercial apple orchard. With apples and scrapple lauded as clear front-runners, the Apple-Scrapple Festival was born. The festival has grown over the years, from just 2,500 visitors in 1992 to over 25,000 today. We had a fantastic time at this year’s Apple Scrapple Festival, with plans to return again next year for the festive fall day. Until then, Happy National Scrapple Day!