Located along the Tangier Sound, Crisfield is a small town nearly surrounded by water. Where there is water, we search for a beach, and along the way we discovered a rich history about the beaches of the area.

On the west bank of the Little Annemessex River lies what is now officially called Wellington Beach, but will usually be referred to as Brick Hill by locals.  Today, the area is easy to find with the addition of helpful signage on the main road into town, but even just a few years ago, people on short visits to Crisfield often passed it by.  Our own Shorebread crew missed the beach on their day trippin’ adventure to Crisfield back in 2015.

The small stretch of sand along the bay features a pier where people can often be found crabbing during the summer months.  The area also features a small playground for children.  This spot is a particularly popular spot to watch the sunset as well.  In recent years, the area has changed drastically, and we were interested to learn more about the history.

In the 20th century the small boat harbor was created to the south, which is still in use today by commercial fisherman.  To the north, McCready Hospital was built in 1929.  In the 1950’s, The American Legion was built, as well as a seafood processing laboratory by the University of Maryland.  The large grassy field near the beach of Brick Hill hosted a number of events in the 80’s and 90’s, including Crab Derby and the Country Music Festival.  Townhouses were built in the early 2000’s between the beach and small boat harbor.  In 2012, the beach and pier suffered some damages during Hurricane Sandy.  The sand was replenished, the pier repaired and the area was given a new life as a popular space to enjoy the bay. However, during the early 1900’s, this area was not the primary beach that locals enjoyed.

When standing on the beach of Brick Hill you can see marshland across the river, a portion of Janes Island.  Today, this area is abandoned marsh with a long sandy beach on the northwest shore, and is only reachable by boat.  However, in the 1800’s this area featured homes, a fish fertilizer factory, a pest house used to quarantine smallpox patients, and farmland that produced watermelons, cantaloupes, apples and peaches. Around 1862, this area experienced what was called the Battle of Old House Cove.  This battle took place between Captain Alex Corbin, who was out dredging for oysters a few days before the season opened, and Captain Lambert Cox, who attempted to arrest the man for his wrongdoing.  After a shootout occurred between the two vessels, the offender and his crew swam to shore under the cover of darkness.  The next day, Captain Corbin left the area to fight in the Civil War.

In the early 1900’s, Janes Island featured a dance hall, summer cottages and a bath house for visitors to enjoy the large sandy beach.  Passenger boats would take people from Crisfield to the island for 50 cents, round trip.  A fire on the island in 1932 destroyed the fertilizer plant, leaving only the smoke stack, which can still be seen on the southern end of Janes Island (Old Island).  This is all that remains to indicate that the island was ever developed. In the years since, storms and tides have claimed all other signs of development to the Tangier Sound.  Today, “Janes Island” is commonly used to refer to the State Park which lies on the canal, overlooking the marshes Janes Island.  The park features an observation tower, nature center, camping, boat and kayak rentals, a playground and hiking trails.  To reach the historical Janes Island described above, rent a boat or kayak from the park, or take a kayak tour by The Crisfield Story Project.  Don’t forget the bug spray for this adventure!

One mystery we still didn’t uncover during our Crisfield beaches research?  Why the beach area in Crisfield is so commonly referred to as Brick Hill.  A nearby road and channel are referred to as Brick Kiln.  We can only assume that Hill was swapped with Kiln based on how similar they sound and the ease of saying the alternative (does anyone else feel like saying kiln requires a lot of effort?).  Either way, we were excited to learn about the rich history of Crisfield’s beaches!

Thank you to The Crisfield Story Project, who provided us with some of the information for this article.  We highly suggest taking one of their downtown walking tours or kayaking tours to explore the beaches mentioned in this article. Other facts were pulled from the wonderful book, “History of Crisfield and Surrounding Areas on Maryland’s Eastern Shore” by Woodrow T. Wilson. 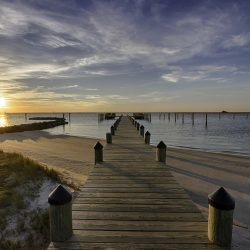 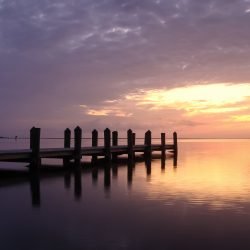 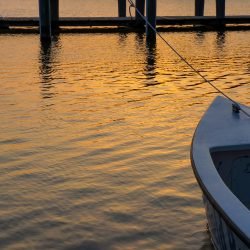 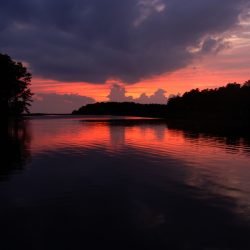 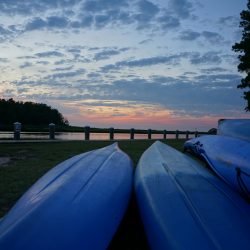 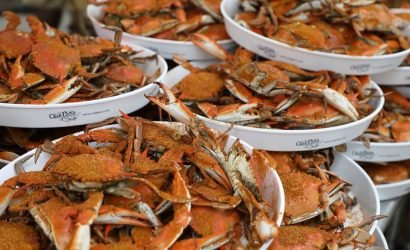