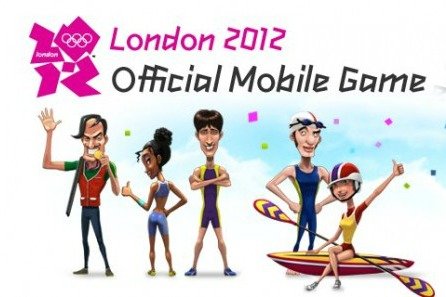 Which tech gadgets, products, apps, and software do you want or need? Which products do you ‘gotta have? Each week, a bona-fide tech expert from D3Corp of West Ocean City, MD will discuss tech products that you’ve ‘gotta have live, on the air, on Ocean 98.1. Listen to the Gotta Have This Stuff segment on Irie Radio at 8:00 am on Thursdays as Bulldog chats with a tech-geek and recent ShoreBread happenings. Visit the ‘Gotta Have This blog for more information or to check out past discussions about things you’ve ‘gotta have. View this week’s tech item below:

In honor of the 2012 Olympic games, starting later this week, we’re going to post some apps that you’ve gotta have during the Olympics. Spread the Olympic spirit by using the following app to stay connected to all of your favorite Olympic events…

There are three free official mobile apps available for iOS, Android, and Blackberry. These mobile apps help users keep in touch with the 2012 Olympic Games wherever they are.

The game even shows a crowd. The crowd will cheer, yell, and chant as the athlete competes. It’s like immersing yourself in the actual sporting event.

Each game is easy to play, but rather difficult to master. Users can create, design, train, and improve their virtual athlete. There are 3 different modes to select: training, Olympic, and challenge modes.

There are two versions of the app to choose from; standard or premium. The standard London 2012 Official Mobile Game can be downloaded from the app store for free. The premium version costs just $.99.

Stay tuned for more Olympic games and apps that you’ve gotta have!

Have cool stuff to tell us about? Send it to info@shorebread.com and we’ll check it out and pass it along to our resident techie.