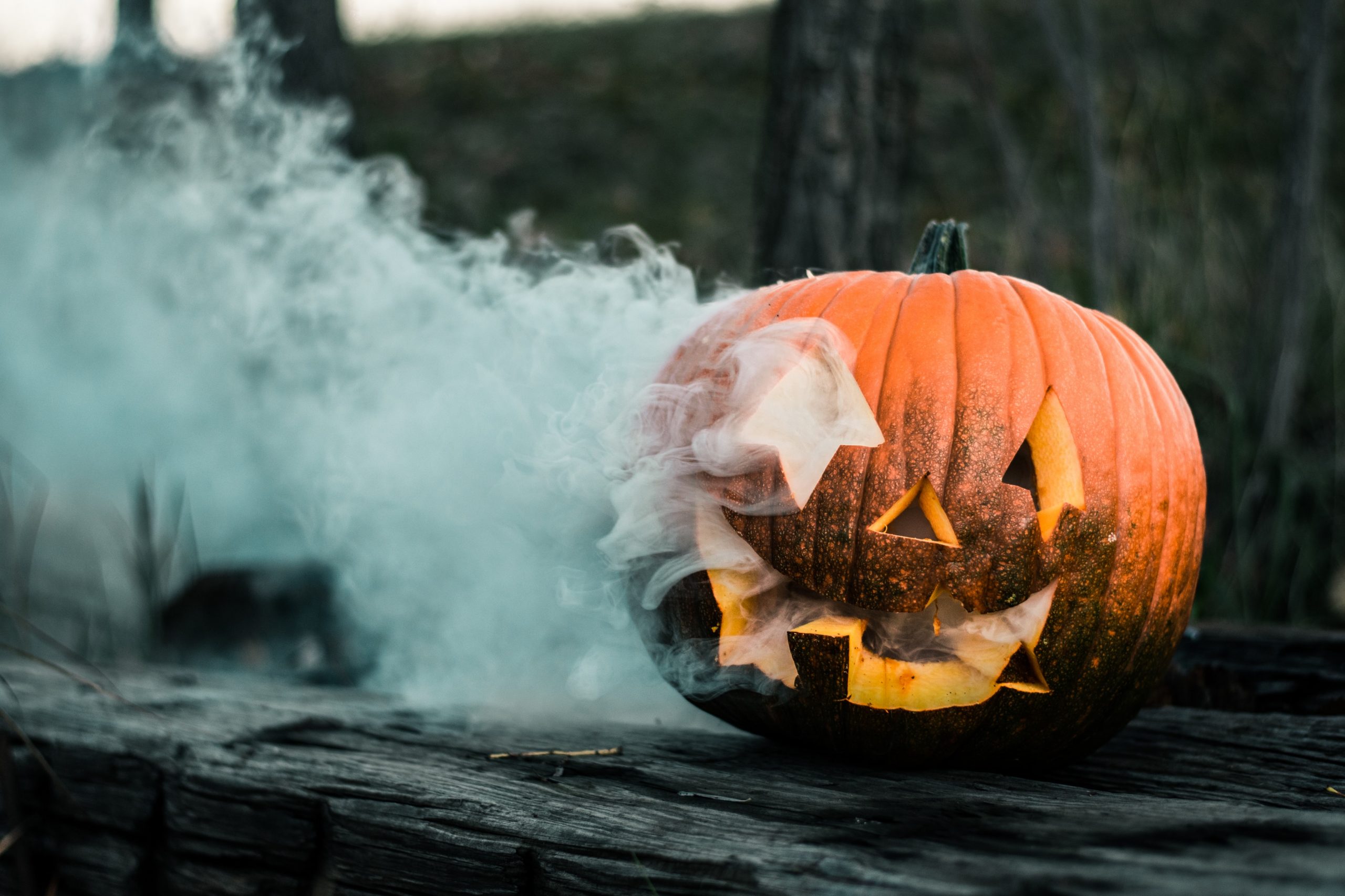 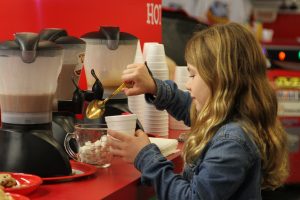 Black Friday is Back at Jolly Roger Amusement Parks

Let me start by saying happy Fourth of July. I hope all of you had a safe, enjoyable, healthy, and wonderful holiday. Last year about this time, I hit you with my lengthy patriotic rant mixed in with a smattering of my verbal assault on stupidity. I didn’t see the need to make that an annual diatribe. And, as is often the case, an unexpected bizarre event in my life wrestled away control of the subject matter for these two weeks anyway, so now time for part two of my bee sting story.

When we left off, I was in the painful process of learning that there’s really no good way to find out that you have a potentially fatal bee sting allergy. It’s a wonderful piece of knowledge to possess, I just wish there was a better way to go about obtaining it. For example, I would have been more than happy to piss in a cup, send it off to a lab, and wait patiently for someone to come to me and say something along the lines of, “You came back positive. Stay away from anything that says buzzzzzz!” Great! I’m cool with that. I’ll go right home, burn all the flowers around my house, throw away the honey, and donate any black and yellow clothing I own to Goodwill. But unfortunately, it just doesn’t quite work that way, especially for someone like me. Having earned many years ago, and repeatedly since, the nickname affectionately bestowed upon me by my own family, which is: God’s Little Practical Joke. I must obtain all useful knowledge the hard way. Mother Nature’s Bitch is another moniker I’ve been saddled with over the years. She and I have butted heads many times through no choice of mine, and I always seem to be on the losing team.

If you recall from last week, I had sustained a single bee sting to my lower left calf. My calf hurt initially, and a red circle about two inches in diameter appeared around the sting. Other than that, everything was fine in the ground zero region. Apparently, I have some sort of blood vessel expressway that leads right from my calf to my forehead though. My face immediately began to swell up like a deer tick, and within minutes, my daughter who was incredibly helpful through the ordeal and the consummate cool customer was now referring to me as Puff Daddy. Her nonchalant demeanor as she aided me through the rapid progressions of facial expansion inspired me, and through the fear, pain, and swelling blindness, all I could think of was: OK, how can I make this funny?

I powered through my secret fear of seemingly imminent anaphylaxis by rapid firing punch lines in my head to hopefully be shared later on. I sent a picture of my face which now looked like it should be hovering high above the streets of New York on Thanksgiving morning tethered to a dozen or so kids on the ground dressed as elves, to my boss. The text attached read, “I may be a little bit late tonight if I can’t get this to go down. If not, I’ll stop on the way and buy some bigger sunglasses.”

Her immediate, initial response was two words, the first of which was “Holy”, and then an exclamation point. This initiated an exchange of multiple texts between us, essentially with her pleading for me to go to the hospital, and to keep her posted, but not to worry about working tonight. And my warped sense of humor downplaying the potential magnitude and explaining that nobody wanted John Merrick serving them a drink while on vacation. Fortunately, she kept the picture that I sent her in her phone, because when I returned to work the next day, I had forgotten my doctor’s note. It turns out the visual was enough to excuse my absence.

To those of you who just missed that fly by, John Merrick was the name of the man who became known to us as the Elephant Man. To those of you who know too much, yes, I’m aware that the actual real life Elephant Man was Joseph Merrick which posed some funny ironies to me in my perpetually twisted thought process. The first part which struck me as humorous was that after everything this man had been through, someone suddenly at some point in the story telling process stood up and said something along the lines of, “Wait! We can’t exploit this poor man! Let’s at least change his name for the sake of film adaptation!” If you’re familiar at all with the story, then it’s hysterical that THIS is the point where they drew the “exploitation” line in the sand.

The second really funny (at least to me) part of this process is that in an effort to somewhat conceal his true identity, they did nothing more than change his first name from Joe to John for the purpose of publicizing his story. What a truly miraculous coincidence that two different guys in London at the same time have the same horribly disfiguring ailment AND the same last name! Way to keep big head under the radar guys. I’m sure he really appreciated your stellar efforts to protect him from public humiliation.

Sorry I jumped the tracks there for a minute. So back to the story at hand, my 8-year-old is taking amazing care of me and keeping her cool and her sense of humor. My two little ones are still napping which is great because they don’t have to view the Beast at his worst. At his point, yes, I have in fact already Googled the Elephant Man, and I’m strolling about the house singing the theme from Disney’s Beauty and the Beast as I attempt to ballroom dance with my daughter. Stopping occasionally to pick up a hand held mirror and say in my best Robbie Benson voice, “Show me the girl!” I’ve employed the only defense mechanism I have to get me through difficult times and fear—my sense of humor.

Out front, my wife who usually is anything but an alarmist has just successfully defied the laws of physics. She has just proven that not only can a Jeep Grand Cherokee make a 90 degree turn, but that it can be done on only two wheels and still stop just shy of actually being inside of the living room. I had successfully conducted a similar experiment in a Honda Odyssey about a year ago just outside of the labor and delivery unit of PRMC. I thought mine was slightly more impressive, because I did it with my shotgun rider experiencing contractions only two minutes apart.

At just about the exact time that my wife, and newest member of the Joey Chitwood stunt team arrived, my amazing sister-in-law pulled up in slightly less dramatic fashion. I had spoken to her a few times throughout the day, and attempted to unsuccessfully convince her that everything was fine. She required no other impetus or solicitation other than to see two of the pictures of my face which had been sent to her phone. Upon viewing the rapid progression of hideousness, she left her home immediately and came to our house. She knew that if nothing else, she could sit with our girls while my wife took me to the hospital.

My lovely bride and her sister came hurriedly through the front door together to find me sitting calmly on the sofa. I looked at them both and in a voice that I can only describe as one that should have been coming out of a face with a handle bar mustache said, “So…. You’ve come to see the freak have you? Very well then! Tickets are $10 at the door but you get a voucher for a free cotton candy.” They exchanged a quick befuddled glance then both shook their heads as they often do after I’ve spoken.

My wife quickly reached into her metaphoric bag of “go to” phrases and threw at me a question that she probably asks me in the same disgusted tone about 50 times a week. She looked me square in the puffy region where my eyes should be and asked, “What the hell is wrong with you?”

I giggled like a fool and replied, “Well if you have to ask, then clearly you don’t quite get it.”

Her immediate and firm response, “Get in the car idiot!”

And I think that’s as good a place as any to leave off this week. As it turns out, it would appear that this story is going to require a Part 3. I didn’t plan it this way, but then again, I never do. This story doesn’t even really get entertaining until I arrive at the medical facility. And later, once social media is involved is when the real fun starts. So make sure to come back next week and we’ll pick this up right where we left off. Thanks for playing along.