Labor Day weekend traditionally marks the end to the summer season. So as another beach year nears its close, I find myself doing a mental review of what I’ve already described as the summer that wasn’t. Fortunately, what this season has lacked in financial gain, it’s more than made up for in material for this column. Especially the last two weeks.

I’d like to start by thanking the great state of New Jersey, and the planets Neptune, Pluto, and Uranus. Each of which were kind enough to send us their entire populations for the final week of the official season. You may have them all back now. While we enjoyed having you for a visit it’s perfectly alright for you to now return home. Whether you will be traveling by ferry, or Mothership, there is an exit, or planet eagerly awaiting your safe return home. Thank you again, and safe travels.

Earlier this summer, the following exchange hypothetically took place while I was working. Let’s say that I hypothetically work in an establishment which has more than one bar, more than one dining area, and more than one kitchen. Essentially, it’s two restaurants and bars at one address. One of these is a little more of a dinner-oriented establishment, while the other is a bit lighter dining, and takes on more of a nightclub atmosphere in the later evening. These bars also happen to be on different floors, so the walking of stairs comes into play. The one with the more club-like environment has a dress code after a certain point in the evening while the upper end dining area, ironically enough, does not. So when Bicep Vinny, and Silicone Susie fail to gain passage to draft beers and DJ’s due to their jorts and matching Gold’s Gym tank tops, they must come back downstairs. Where for reasons I’ll never quite understand, they are completely welcome to mingle amongst those eating filet mignon and sipping a $200 bottle of wine, and they will be reticently welcomed by me in my starched and ironed shirt, wearing a tie. I find myself often wondering now if they’re under dressed, or I’m over dressed. A conundrum I wasn’t prepared to face this far into my career.

With an ever growing contingency of people who have mistaken the “right to bear arms” as meaning “right to BARE arms” and a belief that sleeveless is now considered evening wear, refusal of passage has become a pretty regular occurrence. When these folks are not properly festooned for the other bar, they have to walk back down three flights of stairs to either leave, sit down at the bar that I’m lucky enough to be perched behind, or purchase a t-shirt. My own personal independent research has brought me to the conclusion that of these people, approximately 97 out of every 100 of them are pissed off by the time they’ve returned to the first floor. I’m a lucky boy.

Some decide that either two trips on the stairs were enough, or they refuse to be seen with sleeves on, yet they still want to be here so they hunker down with me. Now they’re roided up, and have a day’s worth of Red Bull, and rum runners under their Baby Gap belt and they’re in a bad mood now sitting down at my bar. That’s a good start for me. Fortunately, I love a challenge, and I happen to be pretty damn good at what I do. So bring on your barbed wire tattoo.

Many however decide that they want in badly enough to come back down and purchase a t-shirt with our name and logo on it so they can enter the Thunder Dome. Two shirts enter, one shirt leaves! (Sorry, I just had a moment that was funny enough in my head to write it down; I hope at least some of you were with me.) So they come back down, really irritated now by what they have to do just to join the dozen of their friends already in the bar who came out dressed like adults. Low and behold, in addition to the many other hats I wear, I’m also the guy who sells you the t-shirt. Are you starting to get a feel for why some nights I just go home and cry on my resume?

Now that I’ve set it all up, I want to tell you about one specific guy. He came storming down the stairs speaking very loudly and very animated. I hadn’t noticed him on his initial trip up because of two reasons. The first is that I was a little busy, because it was a Saturday night at around 11:00. But more importantly, because I try to imagine that I live in a world where people like him don’t really exist so I go to my mental happy place and he becomes invisible. Now he’s clearly irritated, and on the verge of making a scene. He’s carrying on incessantly about how crappy this place is and how he can’t believe that he has to buy a (expletive) shirt. He had in tow, his wife (whom I’ll get to momentarily), and one friend from the group (presumably the guy who had no money and had to cling to this guy for the night). They were both visibly torn between consoling him, and being humiliated by him. I could tell immediately that he was “that guy”. The guy who talks the most and the loudest all the time and somehow manages to bully everyone else into letting him be the ring leader whenever they go out. Essentially, he just desperately needs to be knocked down a peg or two.

I happened to be in a surprisingly good mood that night and had an uncharacteristically long fuse. Those are two factors that subsequently worked to this young man’s advantage and he doesn’t even realize how lucky he was. He comes storming up to the bar, wedges himself into my life and says, “Yo, who do I see to get a shirt?!”

If you know me at all, or if you’ve read anything that I’ve ever written, then you are aware that any exchange with me that starts with “Yo”, has immediately and firmly established our relationship. Like I said, I was happy, I was having a good night, I was working with one of my best friends, and had some other really good friends sitting at the bar. So I wasn’t about to let this jerk get under my skin. I politely guided him to the apparel and instructed him to come back to me to pay for it. Throughout the entire time on my floor, he never stopped griping and moaning under his breath about how much he hated it here. Still, I ignored it.

He came back to the bar and said, “Let me pay for this shirt!”

At least that’s what I hope he was trying to say because when he said the word “SHIRT”, he left the “R” out of it. As he said this, he literally threw his credit card across the bar and at me. I raised my eyebrows in disbelief, picked up the card and quietly completed the transaction going against everything I stand for. He’s already used profanity while speaking to me, and launched a projectile in my direction. Yet I remained calm and undaunted telling myself in my head that he would be out of my life in a few seconds.

Before I move on with the story, I want to physically describe this trio so you know exactly what I’m looking at. First is the friend who is the typical sidekick/minion. He’s diminutive in stature, and hasn’t provided a single thought for himself since he was in diapers. He spends his entire existence stroking the ego of this primitive goof. The goof himself had on a very memorable, in fact laughable outfit which I will now describe to you. Jungle camouflage cargo shorts with a skin tight tank top horizontally striped with no less than 6 different varietals of green. He looked like the cover of a crappy less provocative sequel novel entitled 50 Shades of Green. Lock that in, and I’m just going to skip over the piercings, tattoos, and head gear. His wife was mildly attractive, well kept, very polite, and wearing a cute little sundress as if she were going for a night out on the town on her beach vacation and DID NOT want to look like a 14-year-old. Every time I looked at her, all I could think of was how much she must hate her father to show up Thanksgiving Day with this tool.

Now, Earth Tone Ernie decides that his trio of mediocrity is going to get a drink from me for the walk upstairs. I make the drinks and serve them, all the while he’s still whining about having to buy a shirt. He now throws his credit card at me for the second time. I paused as I picked up the card and took a deep breath. I looked at my partner and said loud enough for all parties to hear, “It would be in this guy’s best interest to cool his jets.”

Greenie then puffed out his chest leaned onto the bar, and said; “What the (expletive) did you just say?!”

With that, my calm cool demeanor was gone. I looked at this punk with fire in my eyes, and the following exchange took place:

ME: “I said, you better calm yourself down. You’ve been whining since you came down here! You threw your card at me twice, and I guarantee, there damned sure will NOT be a third time!!!”

He started stammering and backtracking trying to explain that the card flinging was accidental. His wife intervened and started vehemently apologizing for him. I thoroughly enjoyed watching the look on his face go from badass to complete fear in a matter of seconds. But he still needed the lesson.

ME: “I didn’t make the rules up there! I didn’t tell you to come down here and buy a tee shirt! And I DAMN SURE DID NOT DRESS YOU IN THAT STUPID ASS OUTFIT!”

They quietly and timidly walked away to go upstairs with the wife stopping briefly to throw extra money on the bar, and I enjoyed the rest of my evening. And with that I’d like to bid a less than fond adieu to the summer of 2013. Thanks for playing along. 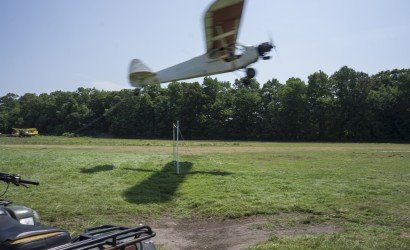