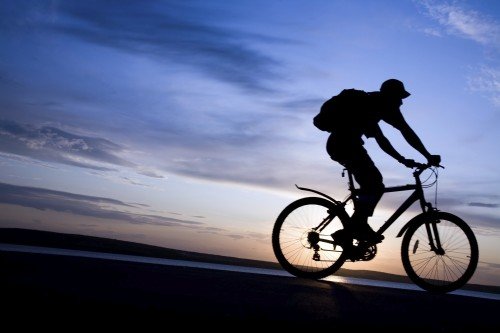 Seagull Century is a staple here on the Eastern Shore, each year thousands of cyclists invade, bringing with them family, friends and (obviously) their bikes. On Saturday, September 27th, more than 6,000 cyclists are expected to descend upon the college town as well as surrounding areas to participate in Salisbury University’s 26th Seagull Century bike ride across our beautiful lower Eastern Shore. (GO GULLS!!)

There are two 100-mile routes or one 62-mile route leading cyclists through our favorite historic towns, waterfront streets and serene farmland. For years, the Eastern Shore’s terrain has made the Seagull Century such a success as our flat lands, waterfront views and picturesque towns are ideal for cyclists. The traditional Assateague route offers a view of our beautiful Atlantic Ocean and a glimpse at the popular wild ponies, the Snow Hill route takes participants through the beloved town and the metric route takes cyclists through Princess Anne and winds its way through Somerset County. This event is attracting riders from as far away as Texas, California and Hawaii! Interestingly enough, the Perdue School of Business at SU has estimated the ride’s annual economic impact on the Lower Eastern Shore at $2.5 million. What’s more, a significant portion of the proceeds from Seagull Century go to supporting programs on campus and in the community including scholarships, grants and other groups.

This year’s rest stops include Washington High School, Cypress and Byrd Parks, Nassawango Golf Course and Powellville VFW where the riders get to enjoy pie on the last part of the course. The Seagull Century is now among the oldest rides of its kind on the Eastern Shore, said Coordinator Amy Waters. The cyclists range in age from 8 to 84. “I’m pumped! Completing the Seagull Century is something I’ve wanted to try to do since I moved to the Eastern Shore about 4 years ago,” said Max Stanley, participant in this year’s Seagull Century. “I’ve been preparing myself mentally and physically all summer, now all I have to do is ride!”

On Friday evening the riders will enjoy a welcome reception featuring cycling vendors, local artists as well as a Fat Tire beer sampling. Finally, the race will start on Saturday morning between 7-9am. The participants usually finish up by 6PM and attend the after party on Perdue Lawn where there will be music and undoubtedly some serious celebrating.

Since registration has ended, if you are not participating, head out to Salisbury University to support the riders. As always, we urge everyone to exercise caution when driving around the bikers on Saturday. As for the participants…good luck and have fun! It looks like it will be a gorgeous day for biking across our beautiful Eastern Shore!