I hope you’ve all been following along through Parts 1 and 2 of this piece. It’s basically a synopsis of all of the bizarre and humorous events that took place during my first summer in Ocean City involving me and my six roommates.

In Part 1, I set the stage, and described the dwelling where most of these events took place. In Part 2, I introduced the characters and even their vehicles. Now it’s time to delve into the stories of the parties, the various contests we had, and just some of the goofy stuff we did.

As you read on, you will probably find it incredulous that I’ve actually cleaned it up for the purposes of decorum. Of the thousand or so stories I have from that fateful summer I’m only telling you the ones I can get away with, here. Just imagine what the stories I can’t write about were like! Another reason for my self-censoring is that two of my most loyal readers are my In-laws. While it’s a little too late for them to be worrying what the hell their daughter has gotten herself into, I would like to be invited to dinner from time to time. Mom’s a great cook! I also don’t want to burden them with spending the rest of their days monitoring my children for genetic red flags. I love these people, and prior to now at least, they seem to be fond of me as well.

Onward! We’ve all just graduated from high school, and we’ve now moved into the ocean side condo which will be home to the seven of us for the next four months. The three girls in one bedroom, and two guys each in the other two bedrooms. We divvied up the space including kitchen cabinets and staked our claims. I don’t recall the front door ever being locked all summer, and I think there was only one key between us. Not to worry though, we had an intricate and effective security system. We had a life-sized cardboard cut-out of the Bartles and James guys which we propped up in the front window. Some of you may not be old enough to remember the two elderly pitch-men for that popular (at the time) brand of wine coolers. But they were just creepy enough to keep potential burglars and wrong-doers at bay.

Almost immediately after unpacking my belongings, I embarked on my first order of business. Armed only with a decent fake I.D., all the cash I had just received as graduation gifts, and an unwarranted arrogance, I set out to survey the new land. By that of course, I mean that I set out to find a nearby purveyor of alcoholic beverages that would accept my I.D. and I would immediately endear myself to the staff and establish myself as a regular. It didn’t take long. The first stop in fact, and it was only a few blocks away.

You see, the process of “carding” was not quite as stringent back in the 80’s, therefore, no one ever questioned the fact that I was not 6 foot 4. By the end of the first week, I was on a first name basis with the entire staff and no longer had to run the risk of carrying the I.D. with me. Granted, it wasn’t really my first name but to them it was and I answered to it. It also helped my case that whenever any of the employees of this establishment came in to where I worked they saw me tending bar. I kind of fibbed about my age there too. I’m not proud of it, but by the time my employers discovered that I had lied on my application, I had worked there for ten years. But that’s a story for another day.

Now that I’ve befriended the entire staff, including ownership of this particular liquor store, they subsequently kept me abreast of any sales and specials they had. One such sale that I retrospectively wish they hadn’t mentioned to me was the week they had $4.00 half gallon plastic bottles of tequila. Keep in mind that a lot of the things I did that summer SEEMED like a good idea at the time. I walked in there with a fifty dollar bill and spent every bit of it on Mexico’s little “practical joke”.

I arrived home that day to a hero’s welcome when they saw my purchase. Two days later, I was a freakin’ pariah in my own apartment! This purchase prompted the first of many contests you will be reading about from that summer: The “Manhood Contest”. You didn’t even have to be male to enter. All you had to do was fill the glass higher than the person before you with straight tequila and drink it in one gulp. This went on until someone filled the glass so high and successfully chugged it that everyone else tapped out.

My roommates, I, and whoever else was stupid enough to hang out with us that night started the game. We quickly blazed through the first two bottles, which remember, are a half gallon each. One friend of mine filled the 16 ounce glass we were using about half way and drank it down. The empty glass was barely back on the table when he was bolting for the front door. He spent the next hour or so emptying the contents of his stomach into the bushes between our porch and sidewalk. Needless to say, he was disqualified. Another friend then filled the glass to a level which he thought was achievable. He picked up the glass and tilted it, and his head back. The glass, his head, and the chair in which he sat continued to tilt back until all were sprawled on the floor. He too was disqualified.

A couple of the other contestants noticed at this time that the saliva machine in their bodies was in overdrive, so they voluntarily exited the competition. Ironically enough, the only three people left in the “Manhood Contest” were me, and my 2 female roommates. The one girl, whom I’m still friends with to this day, stood five feet tall at the most but proved to be a deceptively formidable opponent in any consumption competition. I made sure to partner up with her in any drinking contests the remainder of the summer.

The other girl, who ended up being the winner, stood a bit taller but was freakishly skinny. I am not exaggerating when I say that this chick could not have been more than 85 pounds. As I watched her fill the pint glass (which now harbored the D.N.A. of at least eight different people) with cheap tequila to the tune of about 12 ounces, I knew it was all over. No matter what happened after this chug, I was tapping out. She raised the glass, tilted it, and drank it to completion. She then calmly set the empty glass back on the table, smiled at us, rose from her chair, gave a casual nod of victory, and left the room.

Those of us who remained conscious at the time sat wide eyed and silent in stunned disbelief. I felt exactly the way the Devil must have after he “went down to Georgia” and had a fiddle playin’ contest with Johnny. With God as my witness, none of us saw this young lady again for three solid days! To the best of my knowledge, she was buckled up in fetal position trembling violently and projectile vomiting the entire three days. I’m pretty sure that’s why we didn’t get our security deposit back. None of that matters though.

She successfully completed the task within the guidelines of the rules and won the competition. And THAT, my friends, is something that no one can ever take away from her. Unfortunately, the prize was simply the title, and bragging rights, BUT, she will always have that. I’d be willing to wager, that to this day, she has not again sampled the nectar of south of the border. When she emerged from her room after three days, she had lost her job, her dignity, and about 16 pounds that she could not afford to lose. But she was a CHAMPION!!!!! Just try to read this without hearing the theme to Rocky in your head. I dare ya! I would tell you more about that party, but nobody remembers anything after that point in the night.

There are so many more parties, and competitions yet to be written about. I hope you’ve all enjoyed it up to this point, and I truly hope you come back next week to pick up where we left off.

Until then, thanks for playing along, 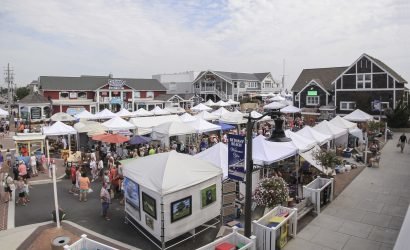 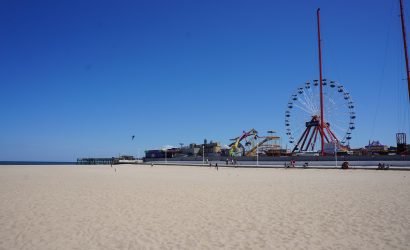 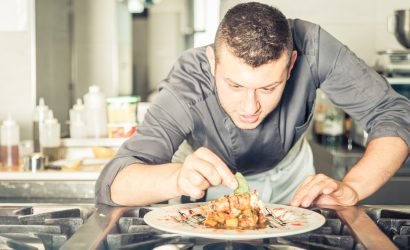