“I have always dreamed of opening a studio in Ocean City,” said Barrevolution owner Lara Custer this week as she showed us around her recently completed barre studio on Route 50 in West Ocean City. The small space is outfitted with plenty of ballet barre space, all waiting to be utilized on May 7  when Barrevolution’s Ocean City location will be officially open for business. Located next to Bomshell Boutique and just a few doors down from Yogavibez, the new studio is a dream come true for Custer, who recently relocated to Ocean City with her husband and adorable dog, Boone.

Custer has been in the fitness industry for over 10 years, working as a personal trainer in Charleston, Baltimore, and Ocean City. During that time, Custer found a true passion for barre, particularly as she noticed the countless benefits it provided her own body, including increased core strength, lean muscle definition, and overall balance. It wasn’t long before Custer was opening her own barre studio in Timonium. Despite finding her true passion at the barre, Custer was still dreaming of a life at the beach. The Maryland-native had lived in Ocean City before and was eager to get back. After discussing the options with her husband ( Boone too of course) and finding the perfect studio space, Custer took the leap, moving back to Ocean City and opening a second location. Custer will keep the Timonium location open as well, traveling back and forth each week. “It seems surreal to be back here,” said Custer. “I am really excited; this was a long-term goal that I just had to jump on.”

By now you’re probably wondering what exactly barre fitness and Barrevolution is. The barre movement is a relatively new addition to the fitness world, gaining notoriety in New York City over the past ten years and spreading nationwide as studios continue to pop up. “It’s a ballet and Pilates based workout,” explained Custer. “It’s low impact, for all levels and all ages.” Barre combines ballet, yoga, and cardio conditioning, using small motions of ballet and yoga to develop long, lean muscle definition and cardio movement to build your endurance. “It’s very effective,” said Custer, adding that “what most people say is that it is deceivingly hard.” Don’t let the ballet barre fool you either, while the methods are inspired by ballet, there is no ballet experience or slippers required. Think lots of core work, squats, leg lifts, and stretching, with small, deliberate movements that strengthen, lengthen and tone your entire body. “There is a ballet component, but coordination is not required whatsoever,” Custer said. “You will definitely get more flexible, you will build more strength with the small isometric movements…it’s a low impact workout that give you long, lean muscles.”

While Barrevolution isn’t necessarily a women’s-only studio, Custer noted that the majority of the clientele is female. Expect a friendly and welcoming atmosphere added Custer, who enjoys watching the camaraderie that forms naturally in each class. Custer also praised the practice for being a great escape from the hustle and bustle of your busy day. “Here you can just come in, sign in, you don’t have to think, you just do the class. There are not the typical distractions of the gym. It’s a great escape.”

Barrevolution classes will begin on May 7, following the kickoff party on Friday, May 6. The party, which is set for5 pm until 8pm, is being held in conjunction with the Yogavibez three year anniversary party (incidentally, Yogavibez and Barrevolution will be joining forces all year-long with combined class passes). Expect to see local vendors at the studios for the celebration along with catering by Mother’s Cantina and a few demo classes. By Saturday (May 7) classes will be underway at Barrevolution – the schedule can be found online here. In addition to daily classes, Custer also plans on offering an outdoor beach class during the summer months, as well as options for bachelorette and kids birthday parties. “Kids really seem to love barre, they really do. They love coming to see what mom is doing. It [the birthday parties] is a barre class with additional kids games mixed in.”

Currently Custer has six instructors for the new studio, with classes to be held daily. Custer also plans on keeping a relatively set schedule so that clients can get to know their teachers and find a consistent workout schedule that they enjoy. She is also running a special to celebrate the studio’s opening, with a $59 monthly unlimited special for new clients that want to see how often they can realistically come. Custer suggested the monthly unlimited option for clients that plan on attending class more than twice a week. There are also options for weekly unlimited memberships, class passes, and drop-in fees.

If you’re feeling intimidated by a new studio or a new workout regimen…don’t. “It’s not intimidating at all. Being that it’s new, everyone is a beginner,” pointed out Custer, adding that it is a workout for all ages and levels. “Barre is really what you make of it. You can make it as easy as you want or you can make it as hard as you want. It’s a welcoming environment.”

Want to learn more about Barrevevolution? Stop by their open house on May 6, visit their website, follow them on Facebook and Instagram (Barrevolution –The Beach Barre and @barrevoltion_timonium_ocmd), or sign up for a class! You will definitely be seeing the ShoreBread team there! 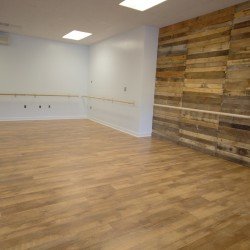 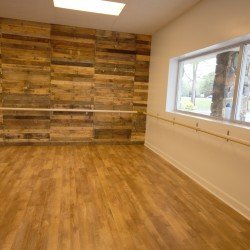 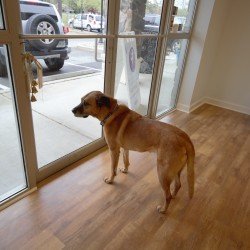 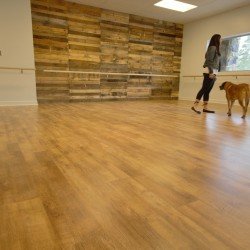 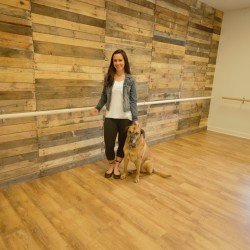